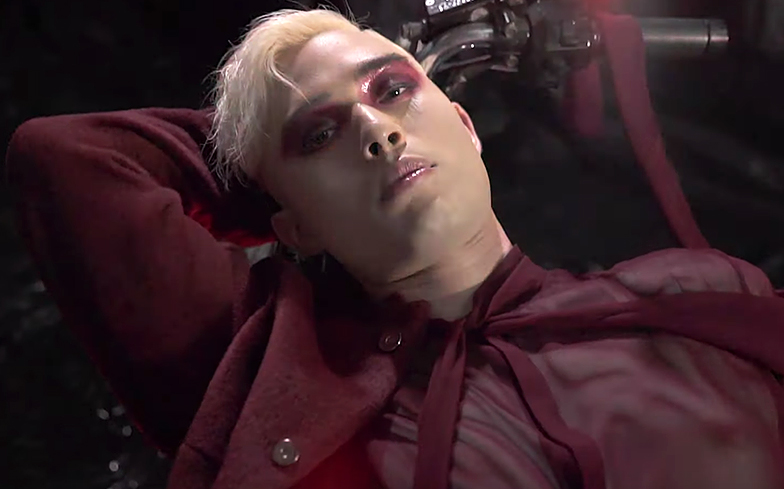 Chester Lockhart is back with a queer dark pop banger.

After sharing a spine-tingling homage to I Put A Spell On You last Halloween, Chester is leading up to the spooky season with an original song this year. It’s called The Night, and it’s the first track to be released from their upcoming debut album.

Grungy electro-pop beats and glitchy distorted vocals form the core of the song, as Chester sings about “finally feeling alive” as a result of embracing the things that make them unique, with production courtesy of Robokid.

“The song is about loving the parts of yourself that the world finds inadequate. The dark parts. Insecurities,” Chester told GAY TIMES.

“For me it’s being femme/gender fluid, feeling as though I don’t ‘belong’ to my own Asian heritage, my lips, my body, my taste in the macabre or niche art, whatever it is… it’s about owning that and never letting anyone take your crown away from you.

“Also it’s a banger! When Robokid and I had our first session I just said ‘I want dark slappers that go really hard’ and then organically this track came together because I truly felt empowered and alive envisioning myself as this queer half Korean vampire king.”

The self-directed video, meanwhile, is a nightmarish vision that sees Chester channel scenes straight out of a horror movie in style – no surprise given that the clip was produced by fellow queer icons Dorian Electra and Weston Allen.

“At a time when our rights as queer people (and all other minorities) are threatened, it is so important for us to stand our ground, embrace our differences and be proud of who we are, imperfections and all,” they added.

Watch the music video for The Night below.