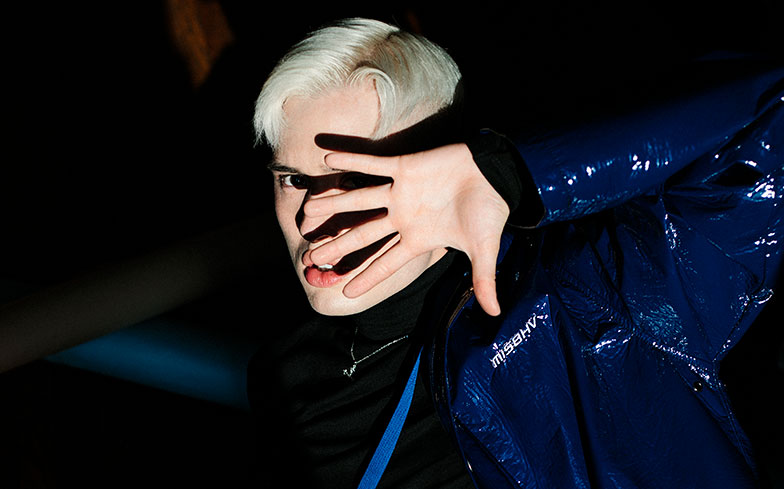 Something sickening this way comes…

Chester Lockhart loves Halloween – it’s essentially his year-round aesthetic – so it’s no surprise that his latest musical venture, an atmospheric homage to classic track I Put A Spell On You, is a celebration of all thinks dark and creepy.

“Scream all you want, daddy, you’re mine tonight,” he serenades on the thoroughly queered cover, while the music video features cameos from Disasterina, Gigi Goode, Howin Wong and a troupe of fierce dancers who’ll leave you slain.

To celebrate the release of the video, we caught up with Chester to talk about his inspiration for the song, his favourite scary movies, and how he’d survive a zombie apocalypse – because it’s coming, hennies.

Where did the inspiration for Spell On You come from?
It’s always been one of my favourite songs, the structure and lyrics are so simple. It makes me feel like a powerful fashion witch. Then it occurred to me that I often become infatuated with the wrong kinds of guys who cast their little spells on me and BOOM I ignore all the obvious red flags. So this is me flipping the script and doing some possibly voodoo-related things to all the guys who tried to pull the wool over my eyes.

If you could actually put a spell on someone, who would it be?
Hmmm… I would cast an eternal love spell on Hugh Jackman, so that he would very suddenly realise that I’ve been the one for him all along. Amortentia!

How did you manage to get so many cool, creative people together for the video?
This actually came together SO last minute! I shot the entire video in around four hours and I just asked tons of my spooky sickening friends to make appearances in the way that they normally present themselves. They obviously came through with scary, sexy looks.

Is celebrating queerness in your work important to you?
In the current political climate it’s of dire importance to be as queer as possible, at all times. I want my work to show off not only my personal artistry – whether that’s dance, vocals, lewks, whatever – but also the vibrant community of LGBTQ multi-ethnic, multi-racial superstars that I am so proud to know. There is so much diversity in the gay world and I’ve had the pleasure of meeting so many wildly interesting and darkly beautiful ghouls who share my love for the macabre.

Halloween feels like the perfect holiday for you – what makes you love it so much?
My dad was obsessed with old horror films when I was growing up, and that combined with my exceptionally resourceful costume skills meant I was turning character after character every October as a kid. Fast forward to 2018, and now people have the audacity to actually pay me to dress up and be witchy all year? Dreams come true!

What are your favourite scary movies of all time?
The Exorcist scared the living shit out of me when I was 12 years old to the point where I had to sleep with the lights on for a solid two weeks. I was terrified because I watched it, cried through the whole thing, and then my father – who is a devout Christian – informed me that demons are real and they’re around us at all times but God is protecting those who believe. I’m pretty sure I kept like eight copies of the Bible with me at all times. I also love Hellraiser, Rosemary’s Baby, Carrie, and Silence of the Lambs. Do you believe in the paranormal?
I have definitely had some other worlds vibes. Recently I was in Sleepy Hollow, New York for one of my best friend’s weddings and it felt like everything was watching me. Even my toothbrush was spying on me.

When the zombie apocalypse comes, what’s your survival plan?
I watch a lot of makeup tutorials on YouTube so I’m confident I can apply some prosthetic and just blend in until the end of time.

What are you dressing up as for Halloween this year?
Part of me wants to look really normal and just wear a name tag that says ’emotionally stable’ but we all know I won’t be able to pull that off. So probably Amy Winehouse or HIM from The Powerpuff Girls.

Amazing. Can we expect an album from you any time soon?
…ask me again in four months.

Spell On You is available to stream on Spotify and Apple Music now.