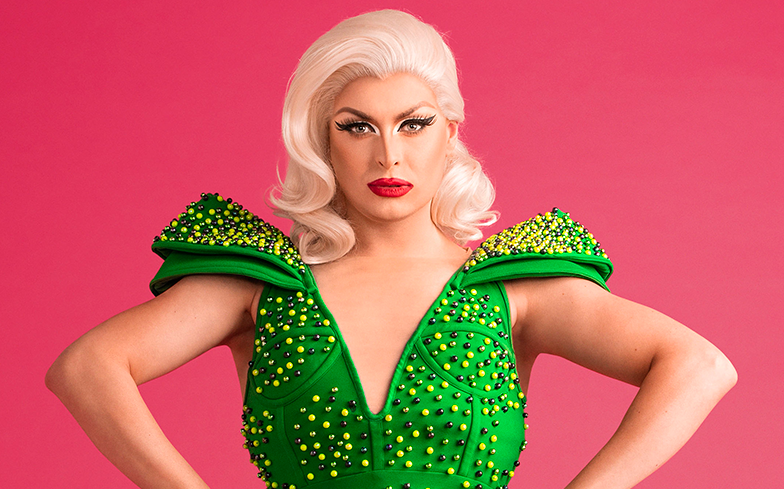 “There’s a difference between confidence and cockiness. Some people might have overstepped it.”

Cheryl Hole has us massively hyped for the debut season of Drag Race UK.

In our exclusive interview with the legendary queen, who hails from Essex – the land of “spray tans, vajazzles and the GC [Gemma Collins]” – she promised “drama and conflama” on the highly-anticipated British spin-off.

“There’s a difference between confidence and cockiness, and it’s a very fine line,” she told us. “Some people might have overstepped it, but I was confident in what I brought and I’m confident in myself and my brand.”

The star is aware her style of drag might be compared to past contestants such as Alyssa Edwards and Katya due to their quirky humour and stage presence, but she assured: “People are very quick to judge the surface before they even hear you speak.

“It’s the Cheryl brand that people fall in love with. It’s very strong and stable much like Theresa May, may she rest in peace. There’s a lot more in my repertoire than just a fierce dancing lip syncing queen.”

The 25-year-old has always had a passion for drag, especially after witnessing Paul O’Grady’s iconic alter ego Lily Savage on the small screen, and with the rise of Drag Race, she realised that it was a viable career option.

“It showed a more contemporary take on the art-form, and I realised that I could create the craft that I wanted to,” she continued. “Why not seize the opportunity? It could be the first and only season. So here we fucking go.”

When we asked the dancing diva of Essex how the British spin-off differs to the American original, she explained: “UK drag is very different to the US. Here, we do not take ourselves so seriously and we’ve got a very different sense of humour.”