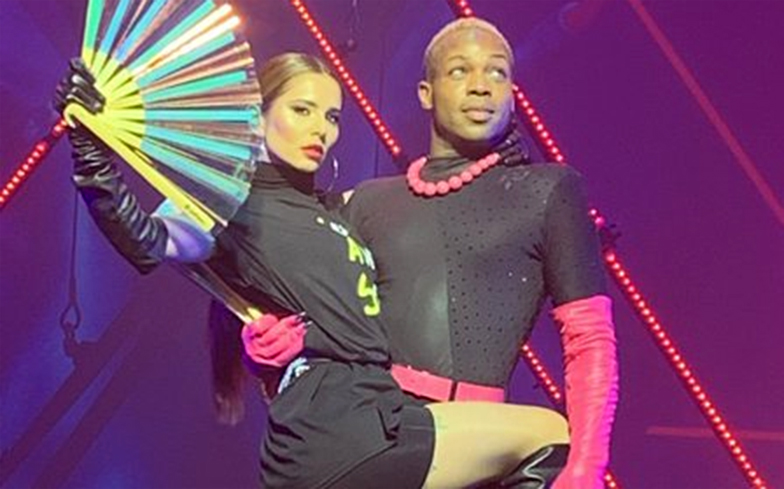 Cheryl and Todrick brought the house DOWN.

During a performance on his Haus Party Tour at the London Palladium on Sunday (13 October) night, Todrick brought out a very special guest for queer anthem Nails, Hair, Hips, Heels.

“Make some noise for Cheryl,” the performer told the screaming crowd as the former Girls Aloud member strutted onto stage in a t-shirt reading “You Ain’t Shit” to drop, pose, blink for these hoes, twirl and shablam alongside Todrick and his dancers.

“YAS! Thank you so much Todrick for having me join your Haus Party… love you so much,” Cheryl wrote on Instagram, while Todrick replied: “Thank you for joining me today, the crowd absolutely LOST THEIR MINDS!”

Watch clips of Cheryl’s performance with Todrick here or below.

It’s not the first time Cheryl has shown her love for Todrick, as during her set at Manchester Pride earlier this year she performed a dance cover of Nails, Hair, Hips, Heels and told us about their new friendship in an exclusive interview.

“I’ve been obsessed with Todrick for years,” Cheryl told us. “I then became an even bigger fan of him when I started watching Drag Race.”

“They called me about a week before I started filming the new series of The Greatest Dancer and said, ‘By the way we’ve got a new addition to the panel, and it’s Todrick.’ I think screamed. I actually screamed down the phone.