Cher threw some major shade at Madonna on The Ellen Show 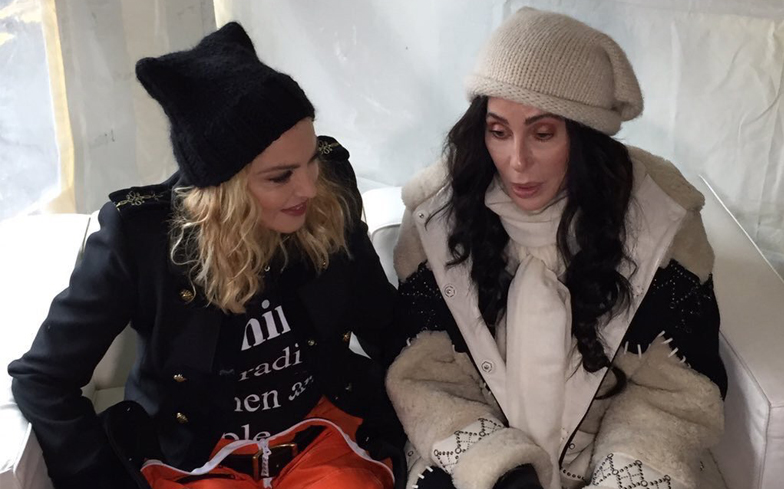 Has Cher just reignited her feud with Madonna?

During her recent appearance on The Ellen Show, the Academy Award winning performer threw some majah shade at the Material Girl during the five second rule game.

Ellen asked Cher which three celebrities she’d like to duet with, to which she replied: “Oh, Adele, P!nk and… not Madonna.”

“Alright, Miss Negative,” Ellen hit back, before adding, “He said who you’d want to, not who you wouldn’t want to.”

This isn’t the first time Cher has shaded the Frozen performer. During an interview for CBS in 1991, she said: “There’s something about her that I don’t like. She’s mean, and I don’t like that.”

She continued: “It seems to me that she’s got so much that she doesn’t have to act the way that she acts, like a spoiled brat all the time.

“It seems to me that when you’ve reached the kind of acclaim that she’s reached, and can do whatever you want to do, you should be a little more magnanimous and be a little less of a c**t.”

However, during a Q&A on Reddit back in 2013, Cher said she never hated her, and just thought “she was a bitch”.

“Actually I quite respect her,” she admitted. “Actually I think Madge might be one of the most amazing artists I’ve known. I don’t like everything she does, for sure, but she is always riding the crest of the wave.

“She always saw trends WAY before anyone else, and had great videos. So, besides saying “WTF [is] MDNA”, I’m fine with it.”

Last year, the two icons put their past differences aside for the Women’s March in Washington DC, which made us all think their feud had ended. So is Cher’s comment in jest, or does she still think she’s a c**t?