Exclusive interview: Cher reveals why Fernando was so difficult to learn for Mamma Mia 2 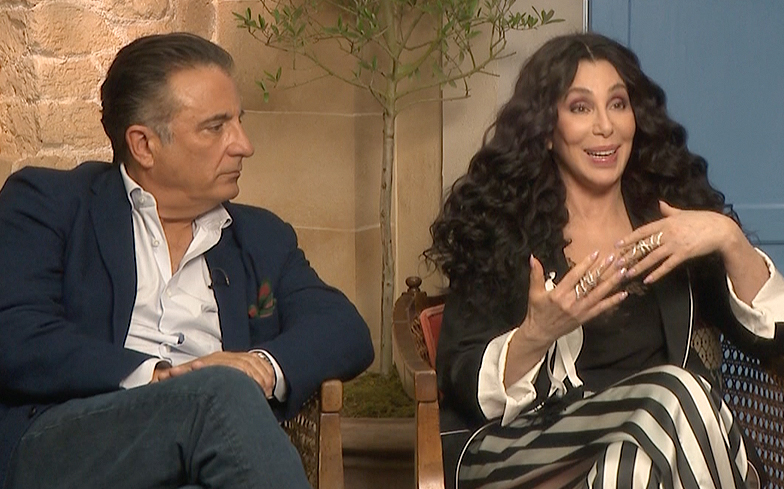 If you’re heading out to the cinema to watch Mamma Mia! Here We Go Again make sure your wig is on securely, because as soon as Cher steps on screen to perform ABBA classic Fernando, it all turns brilliantly ridiculous.

The pop icon steals the show in the Mamma Mia! sequel, performing the fan favourite song with her long-lost love Fernando, played by Andy Garcia.

However, in an interview with Gay Times, Cher revealed that although she knew of Fernando before hitting the recording studio and was a fan of the track, she found it difficult to learn at first.

Why? You’ll have to click play on the video below to find out.

We also asked Cher and Andy why they thought ABBA’s music has such an enduring appeal – especially with the LGBTQ community.

“The songs have this respect for love and relationships of all forms – a longing for that, and a celebration of it,” Andy tells us.

“The songs are very celebratory in a way. There’s also a sense of, the emotional palette of the song, from longing and pain to love and respect, it’s a kind of utopian love we all want, the relationships we all want.

“I think that’s speaks to all of us and people embrace that, and I think that that community has embraced it for that reason too.”

While we had them, we challenged both Cher and Andy Garcia to guess ABBA song title based purely on emojis. You can find out how well they did by clicking here.

Mamma Mia! Here We Go Again sees the stars of the original return for more singing, dancing and plenty of emotion to the music of ABBA, while adding Lily James to the cast as the younger version of Donna Sheridan, who was originally portrayed by Meryl Streep.