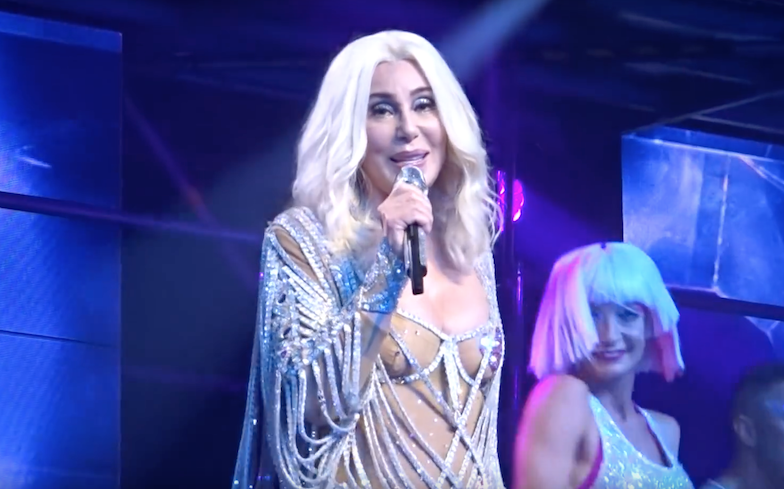 The gay icon performed hits such as Believe, If I Could Turn Back Time and Strong Enough.

Cher slayed the motherf**king house down over the weekend when she performed a medley of her most iconic hits at Sydney’s Gay and Lesbian Mardi Gras.

The 71-year-old icon looked like she’s not aged a day in over twenty years as she performed singles such as Believe, Strong Enough, If I Could Turn Back Time and All Or Nothing.

Earlier that evening, Cher made an appearance at the Pride Parade in an orange wig and gorgeous sequinned jacket, surprising over 300,000 spectators. She happily took selfies with fans, including Prime Minister Malcolm Turbull and NSW Premier Gladys Berejiklian.

Whilst speaking to reporters, Cher praised the event and said “it’s about time” Australia voted for marriage equality.

“I love that everybody is having such a good time and there’s no feeling of any kind of anger, there’s no negativity and that’s what I like most.”

CHER IS HERE. CHER IS HERE! They've actually stopped the parade for her. Look at her with the @Qantas drag queens and Alan Joyce. @cher #MG40JOY #SydneyMardiGras #MardiGras40 pic.twitter.com/aAbH4SlJ4l

Welcome to Sydney, Cher! @GladysB Lucy and I and all your fans thrilled to be with you at the 40th Mardi Gras & first since Australia achieved marriage equality. pic.twitter.com/EIYDaq2OTG

The Goddess of Pop added: “All the people with everything hanging out, and fabulous girls with their slap on and big hair and no clothes – I love it.”

This year’s Mardi Gras was particularly special for Australia, as it was the country’s first since same-sex marriage was legalised back in December.

The vote in parliament came following a voluntary, non-binding postal survey on the issue of marriage equality, which saw 61.6% of Australians vote in favour.