Check out the terrifying trailer for Fear Street Part 2: 1978 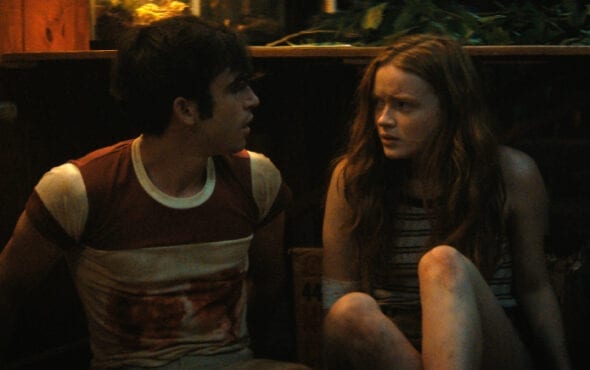 Netflix has shared the explosive trailer for Fear Street Part 2: 1978.

The second film in the Fear Street trilogy, which drops this Friday, chronicles the divide between the campers and counsellors from Sunnyvale and Shadyside at Camp Nightwing in 1978.

The synopsis for the film reads: “Shadyside, 1978. School’s out for summer and the activities at Camp Nightwing are about to begin.

“But when another Shadysider is possessed with the urge to kill, the fun in the sun becomes a gruesome fight for survival.”

Part 2 follows the well-received release of the first instalment, set in 1994, which stars Madiera and Welch as Deena and Samantha, respectively; a lesbian teen couple who accidentally encounter the ancient evil responsible for a series of brutal murders that have plagued their doomed hometown of Shadyside.

1978 picks up immediately after the events of 1994, and will come to an end with a third chapter. Part three will combine the events of the previous two instalments as the teenagers try and put an end to the town’s curse, while flashbacking to 1666 and revealing how the supernatural events came to fruition.

Part 2: 1978 launches this Friday on the streamer.

Watch the terrifying new trailer for the upcoming slasher here or below.