Check out the first spellbinding images from the Sabrina reboot 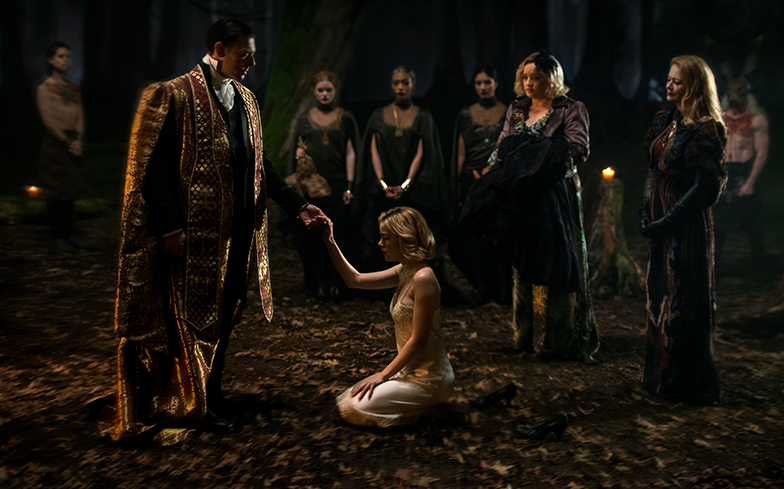 Netflix have revealed the first two images from the upcoming Sabrina the Teenage Witch reboot.

The first photo sees the title character in the woods as she serves Red Riding Hood realness.

The other, however, is a bit more chilling. It shows Sabrina – along with her two aunts, Hilda and Zelda – in the woods with several other cult members, including a shirtless bloody man in a bunny mask.

Netflix have described the episode as “the dark baptism of Sabrina”.

All ten episodes of the streaming platform’s witchy, Buffy-esque reboot will be released on 26 October.