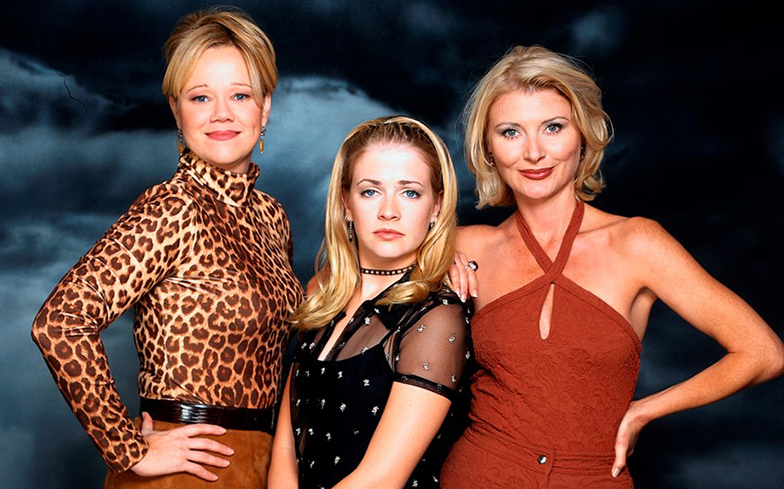 The Chilling Adventures of Sabrina has received its first official poster.

The black and red artwork – shared on Twitter by showrunner Roberto Aguirre-Sacasa – features an outline of the title character with her sassy sidekick Salem.

American actress Kiernan Shipka has been cast in the iconic role of Sabrina Spellman for Netflix’s dark, Buffy-esque reboot, which is expected to premiere later this year/early 2019.

The 18-year-old actress has garnered critical praise in the past for her role as Sally Draper on Mad Men, and B.D. Hyman on Feud: Bette and Joan.

Sacasa said: “We’re all such huge fans of Kiernan’s work, that when we started talking about who this new incarnation of Sabrina could be, her name was on everyone’s wish list.

Jon Goldwater – Archie Comics boss – added: “I am thrilled that Kiernan is playing Sabrina and have no doubt that she will embody the strength, courage and boldness that has made the character a fan favourite.

Not much else is known about the reboot, but we’re hoping Hilda, Zelda and the iconic Libby Chessler will return.