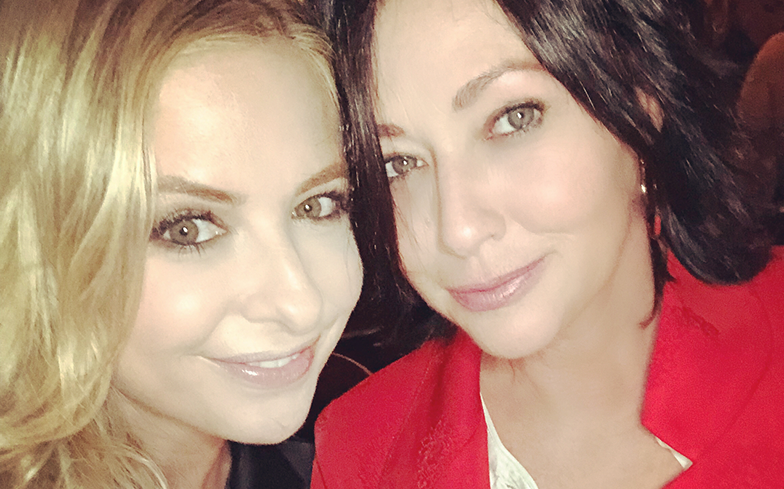 Shannen Doherty has been flooded with support after revealing her cancer diagnosis.

Earlier this week, the actress – who is best known for her roles on teen drama Beverley Hills 90210 and fantasy series Charmed – told Good Morning America that her cancer has returned and progressed to stage four.

“It’s going to come out in a matter of days or a week that I have stage 4,” she said. “So my cancer came back and that’s why I’m here. I don’t think that I’ve processed it. It’s a bitter pill to swallow in a lot of ways.

“I definitely have days where I say, ‘Why me?’ And then I go, ‘Well why not me? Who else? Who else beside me deserves this?’ None of us do. I would say that my first reaction is always concern about how am I going to tell my mom, my husband.”

Shannen’s best friend Sarah Michelle Gellar, who played the iconic title character in Buffy the Vampire Slayer, showed her support with an Instagram picture of the two alongside the caption, “Life is tough… but you are tougher.”

Rose McGowan, who replaced Shannen’s character Prue on Charmed, posted encouraging words on social media, writing: “We are with you in spirit. You are a brave warrior woman and inspire so many. I send you strength and peace on your journey.”

Milano co-starred alongside Shannen in the first three seasons of the acclaimed fantasy drama as her sister, Phoebe.

GAY TIMES wishes Shannen the best as she continues her cancer fight.