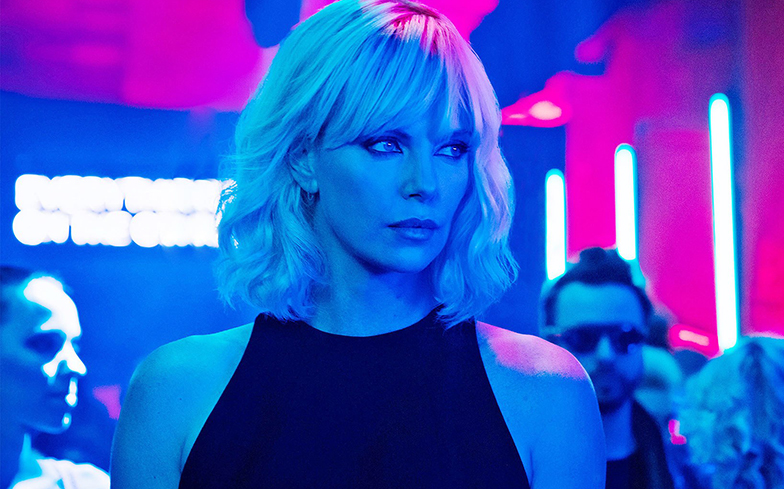 Charlize Theron has opened up about her sexuality.

The Academy Award-winning actress and longtime advocate of the LGBTQ community recently sat down with PrideSource and revealed that she experimented in her youth. However, she identifies as a heterosexual.

“I experimented and I did what I think every young person should do: feel brave enough and free enough in order to figure it out,” she told the publication. “It’s not like the stuff is laid out on a piece of paper for us.

“We have to kind of go through a life, and until you have certain experiences you don’t really know who you are.”

Despite growing up in the “conservative and religious” South Africa, Charlize’s mother was very liberal and allowed her to explore her identity, often telling her to, “Figure it out. I don’t want you to be me. Go figure our what it is for you.”

“I think it was because of that I got to share those things with her; when I did go on those explorations I had this person that I could share it with, that I felt safe with, who wasn’t going to judge me or label me,” she continued.

When asked if Charlize was responsible for the same-sex sub-plot in her new film Bombshell, the star said it was already written in the script. However, she she did push for the bisexual romance in her 2017 action film, Atomic Blonde.

She said: “I think the only one that I really kind of fought for that wasn’t originally in the story was “Atomic Blonde.” I mean, she was never kind of bisexual or anything like that and that to me was just like, why not? I mean, come on.”

Charlize continued to say that the sex scene in Atomic Blonde had to be dealt with as authentically as a heterosexual sex scene.

“I think if you look at the sex scene in “Atomic Blonde,” we didn’t cut away!” she remarked. “I feel like I just personally don’t struggle with that: handling or treating it any different.

“For me, the bottom line is, you’re playing real people and real human dynamics and that’s where these things have to live and breathe, and when you start kind of thinking that one is different than the other, I don’t know what the point is.

“Then you should probably just not even touch it, you know? If you’re not willing to be as accurate and authentic as you possibly can, then just don’t bother. It does a disservice, I think.”

Earlier this year, Charlize revealed that she was raising her child Jackson, who was assigned male at birth, as a female after she expressed her gender identity at the age of three. Now, Charlize aims to keep her life out of the press.

“My daughter’s story is really her story, and one day, if she chooses, she’ll tell her story,” she explained. “I feel like as her mother, for me, it was important to let the world know that I would appreciate it if they would use the right pronouns for her.

“I haven’t really talked about it ever since, again, because outside of just asking that respectfully of the press – and the world, hopefully – the rest is really private and it’s her story, and it’s really up to her to decide if she wants to share that.”

Bombshell, which also stars Nicole Kidman, Margot Robbie and John Lithgow, is out in cinemas 20 December.