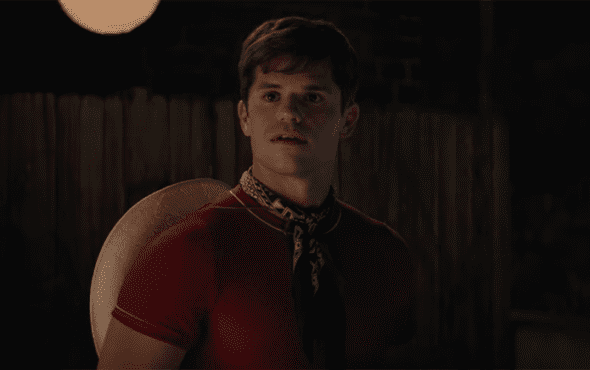 We might not have seen the last of Cowboy.

Charlie Carver is “into” a solo film for his Boys in the Band character.

The actor, who stars as Cowboy in the 2018 Broadway revival of the groundbreaking 1968 play, as well as the critically-acclaimed film adaptation for Netflix, said he would “obviously” return to the role, before proposing a title for the spin-off.

“Obviously. Obviously!” he enthusiastically told GAY TIMES over Zoom for the new issue of Amplify. “Cowboy and the John’s, I’m into it.”

Directed by Joe Mantello and produced by Ryan Murphy, David Stone and Ned Martel, the new film continues to tell the story of several gay men at a house party, whose evening is thrown into turmoil with the arrival of an unexpected guest.

Carver’s character, Cowboy, is an easy-going gay hustler who is hired as a “birthday gift” for Quinto’s character, Harold. He is constantly mocked by the others.

When we spoke to the star about the fan-favourite character, he added: “There’s a straightforwardness and warmth to Cowboy, where he’s just going to say exactly what is on his mind and he perceives something as literal as possible.

“I guess you could say he’s dumb, and that’s easy to make fun of, but he’s almost invincible because of it. The other characters are trying to get something to land on him and they can’t quite ever do it.”

Carver also said he’s a representation of forthcoming events such as the Stonewall Uprising of 1969 and the gay rights movement, as he’s “the only character in the play who doesn’t have a name, who is open to and open with everyone about who he is and what he does, and has zero hangups.” “I think there’s something very sweet and special about that,” he continued. “I think Cowboy, out of all the characters in that play, is just the most used to everybody, because his version of New York includes the entire breadth of the community, so the birthday party for him is ​his ​birthday party.”

When asked why The Boys in the Band still resonates with audiences today, Carver explained: “I think it’s the subject of shame. It certainly is the project of so many of our lives, as members of the LGBTQ+ community.

“How do we reckon with and overcome or not entirely live with our shame? And then, in what ways can we teach the human community at large about that experience and what it means, and how we deal with it?

“So, as long as there is any kind of marginalisation that happens in the world, a story like The Boys In The Band is a universal one. What’s really beautiful about the play is halfway through, you see just how destructive living with that level of shame and self-hatred is, and anybody can connect to that story.”

The Boys in the Band is now available to stream on Netflix.