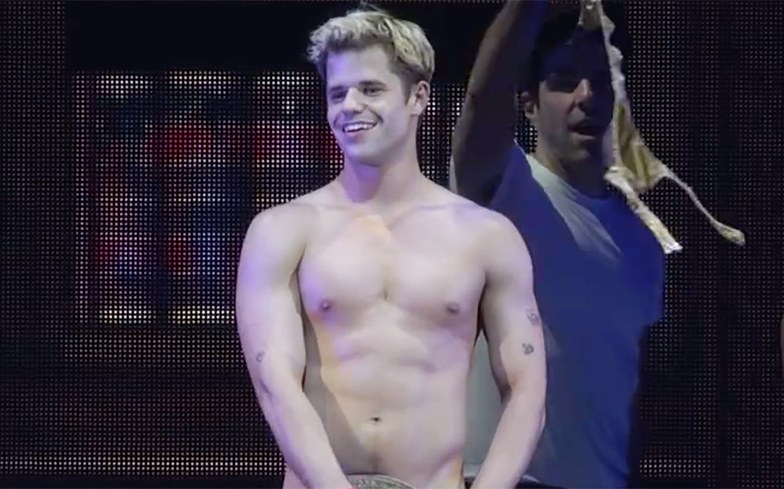 Founded in 1988 by the American Theatre community to combat AIDS/HIV, the annual event hosted by Broadway Cares/Equity Fights Aids has so far raised over $100 million dollars to benefit LGBTQ organisations.

The cast were challenged to answer trivia questions, and for each incorrect answer, Carver had to remove a piece of clothing.

Thankfully, the boys were terrible, and the game ended with Quinto ripping off Carver’s thong. Yep, we’re into it.

Take a look at the highlights for Broadway Bares 2018 below: