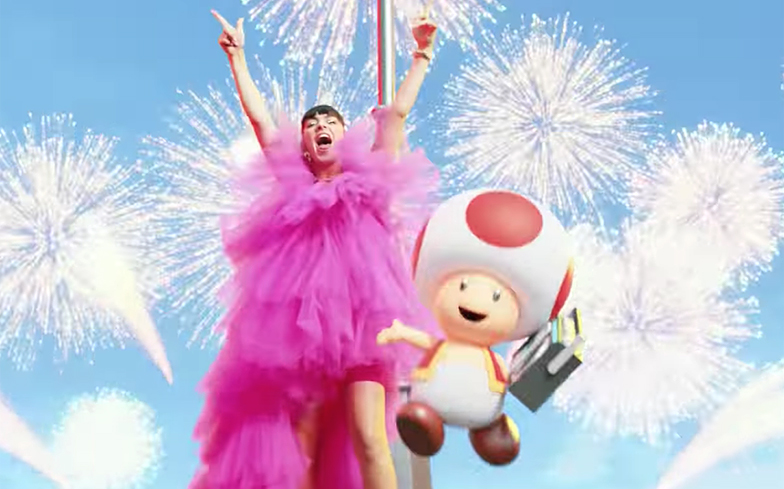 This is the definition of ‘giving the gays everything they want’.

If there’s two things (most) queer people love, it’s Nintendo and pop music, and the two have been combined in an incredible new advert for the world’s first Super Nintendo World area, which opens at Universal Studios Japan this summer.

Pop superstar (and former Gay Times Magazine cover girl) Charli XCX has teamed up with DJ duo Galantis for a Mario-themed song called We Are Born To Play – she even features in the video alongside Toad, wearing a dress worthy of Princess Peach.

“‘We are born to play’ is really a fun line, and I guess everybody wants to have a good time and wants to feel free and wants to rest upon their lives and enjoy themselves,” says Charli XCX. “So it’s cute super fun tagline that draws the whole song together.”

The video gives fans an idea of what they can expect from the new theme park area, including rides based on Mario Kart and a new ‘Power Up Band’ that will allow visitors to collect coins and compete with friends.

“When I was younger, I had a Game Boy. Growing up I was constantly playing Super Mario,” Charli adds. “There were three kinds of games I repeatedly played, and one of them was definitely Super Mario.

“I think it was kind of a big part of my childhood. Well, it was just so fun. I think that’s what’s cool about video games where players can be in a world of fantasy.”

Super Nintendo World has been described as “a life-size, living video game” so it’s fair to say we’re pretty excited.

Watch the music video here or below.