Charli XCX is on an automobile rampage in White Mercedes video 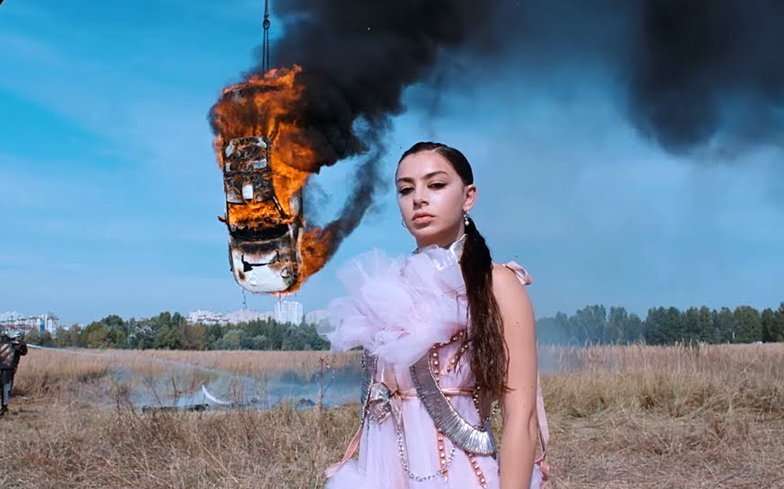 We thought Charli liked vehicles, but…

Directed by Colin Solal Cardo (director of her previous video Gone), the visual sees the British singer-songwriter and pop saviour performing upside down in a white sports car, before it’s engulfed in flames. Charli’s not inside, don’t fret.

She also makes a lovely friend in a stun white horse and stands on top of a white monster truck (the balancing, whew!) as it destroys other vehicles. The video ends with Charli sitting on another white automobile as fireworks explode behind her.

White Mercedes is the fourth official single from Charli’s critically-acclaimed self-titled third studio album after 1999 and 2099 (both with Troye Sivan), Blame It On Your Love with Lizzo and Gone with Christine and the Queens.

Charli – which features a host of other queer talent such as Pabllo Vittar, Big Freedia, Brooke Candy and Kim Petras – is now available on iTunes and streaming services. Read our five star review here.