Charli XCX goes viral after shouting “gay rights!” with a bottle of poppers 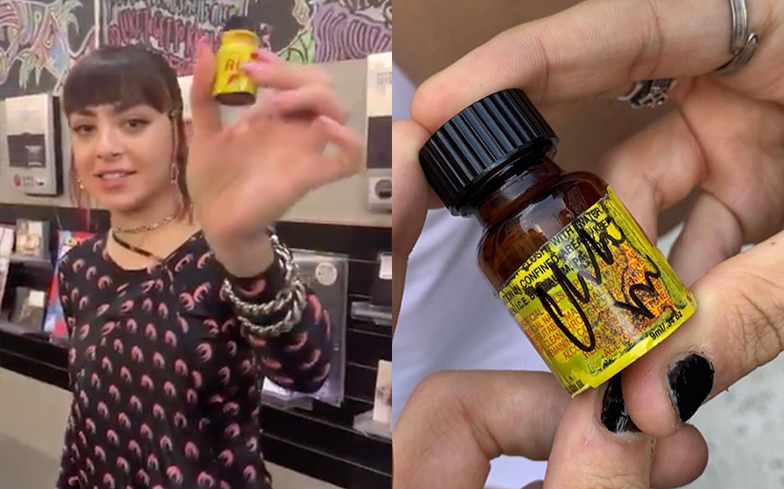 We stan an ally!

Charli XCX has continued to show her undying support for the LGBTQ community.

The British pop princess ended homophobia after shouting “gay rights!” whilst holding a bottle of Rush-branded poppers, and it’s gone viral on social media, amassing over one million views on Twitter.

The star – who also signed a bottle of poppers for a fan – responded to the video saying, “this is iconic tbh”.

She was at a signing for her universally-acclaimed self-titled third studio album, Charli, which features singles such as 1999 and 2099 (both with Troye Sivan), Blame It On Your Love (with Lizzo) and Warm (with HAIM).

Charli has been a longtime ally for the LGBTQ community and regularly collaborates with queer artists on her projects. Over the years, she’s worked with the likes of Troye, Kim Petras, Big Freedia, Christine and the Queens and Pabllo Vittar.

For the latest issue of GAY TIMES, Charli linked up with friend and fellow pop saviour Troye to discuss their “futuristic” new collaboration and the reasons she wouldn’t be where she is without support from the LGBTQ community – read here.