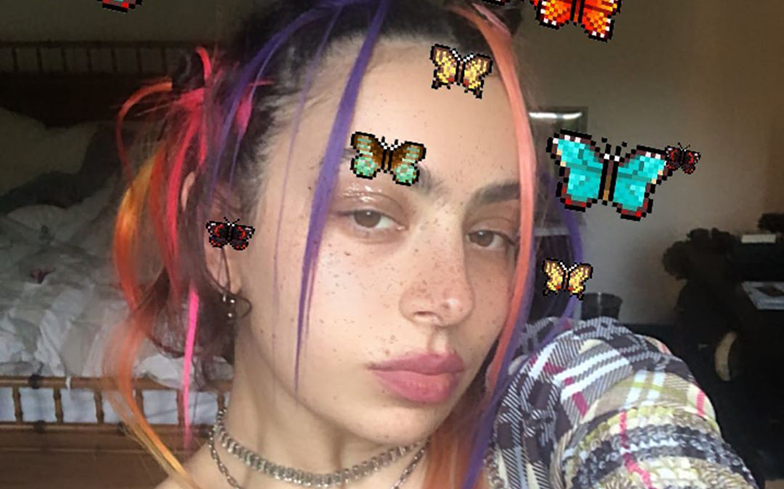 “I’m basically going to be making it live, from scratch.”

Charli XCX is planning to write, record and release a brand new album from self-isolation.

Following a complete blackout on social media, the pop superstar revealed on Monday (6 April) that the album, which has the working title How I’m Feeling Now, will reflect her thoughts and emotions during the coronavirus lockdown.

“During the quarantine time period, I have found for me, my positivity goes hand in hand with being creative. That’s why I’ve decided I’m going to make a brand new album during this quarantine period,” she explained to 1000 fans on Zoom.

“The idea of the album is that’s it’s going to be very DIY, very indicitive of the times we’re in. I’m basically going to be making it live, from scratch. I’m only really going to be using the tools that I have at my fingertips.”

Charli continued to say that the music, artwork, videos and other materials for How I’m Feeling Now will come to fruition from “the people I can reach online, the things I have in my house” and called it a “collaborative project”.

“I want to open up the entire process to all of you,” she added.

How I’m Feeling Now is due for release on 15 May, which means she has just over a month to record and release a full-blown studio album. If there’s any pop superstar out there who can do so, it’s the Vroom Vroom hitmaker.

It became her highest-charting project in the UK and included collaborations with a host of queer talent such as Troye Sivan, Big Freedia, Christine and the Queens, Kim Petras, Brooke Candy, Clairo and Pabllo Vittar.

In October, Charli won the GAY TIMES Honour for Allyship in Music.

“I am honoured to receive this award for Allyship in Music, thank you so much, it means so much to me,” Charli said when receiving the Honour. “The LGBTQ community has been such a huge part of my career.

“It’s a community that’s constantly inspired me, lifted me up, made me feel safe and made me feel like I can be myself.

“I owe this community so much, I’m so grateful to be able to collaborate with so many incredible artists and people from this community. I really wouldn’t be here without the LGBTQ community, so this award means a lot.”

Related: Charli XCX speaks to Troye Sivan about her new album and status as an LGBTQ icon.