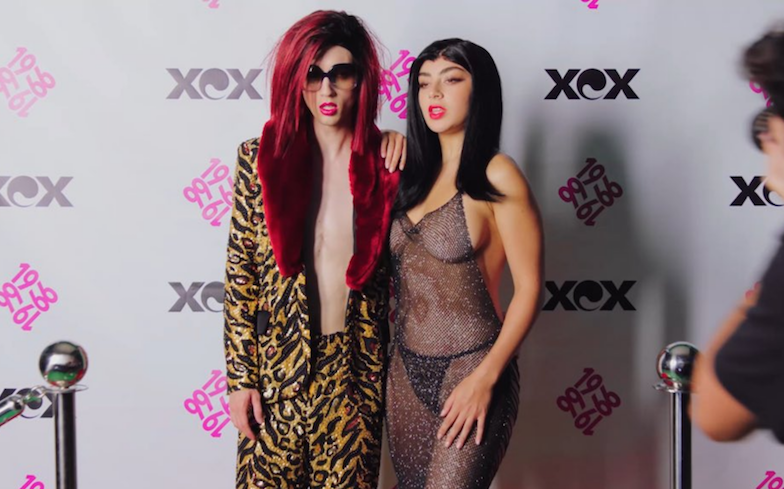 Charli XCX and Troye Sivan have unveiled the video for their throwback banger 1999.

The two singer-songwriters dress up as various 90s figures in the epic clip such as Eminem, Justin Timberlake, TLC, Spice Girls, Steve Jobs and the Backstreet Boys.

They also recreate iconic pop culture moments from the era, such as Rose and Jack from Titanic, Neo and Trinity from The Matrix, Mena Suvari in American Beauty and Rose McGowan and Marilyn Manson’s red carpet look from the 1998 VMAs.

Shortly after its release, Charli tweeted: “TROYE AND I INVENTED NOSTALGIA. UR WELCOME.”

“Nothing makes me scream like this video,” Troye also tweeted.

Watch the incredible Ryan Staake and Charli XCX directed video for 1999 below.

1999 is now available on iTunes and streaming services.