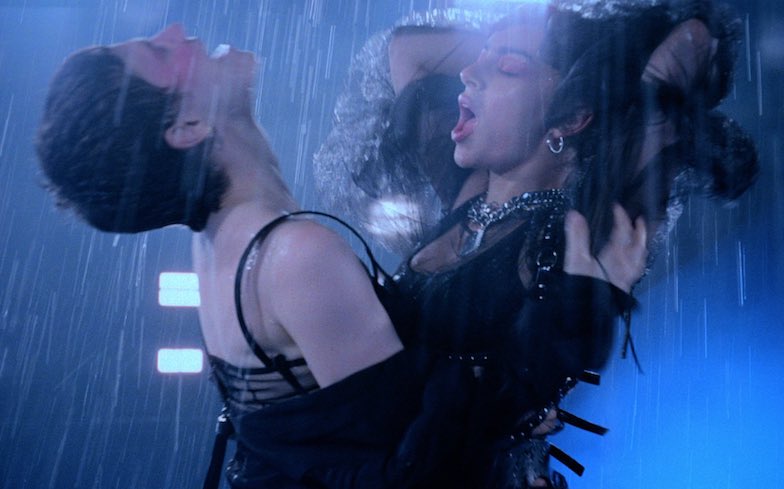 All The Things She Said the sequel?

Charli XCX and Christine and the Queens have dropped the motherfucking banger of the summer.

The British pop princess and French singer-songwriter have teamed up for progressive pop anthem Gone, which Charli says is about “feeling isolated and alone in crowded rooms” and “learning how to be comfortable with who you truly are”.

“I feel so unstable, fucking hate these people, how they’re making me feel lately, they’re making me weird baby,” Charli laments on the track before Christine joins her on the massive chorus, where they ponder: “Why do we keep when the water runs?

“Why do we love if we’re so mistaken? Why do we leave when the chase is done? Don’t search me in here, I’m already gone.”

In the video, the two stars are chained up on opposing cars before breaking free and climbing the roof for some electric choreography in the rain. It feels like an All Things She Said by t.A.T.u moment. Shteamy.

Gone is the third single from Charli’s highly-anticipated self-titled third studio album, which is due for release this September. It follows 1999 with Troye Sivan and Blame It On Your Love with Lizzo; the former reached the top 20 in the UK.

The album will also feature collaborations with artists such as Sky Ferreira, Kim Petras, Tommy Cash, Haim, Big Freedia, CupcakKe, Pabllo Vittar, Clairo and Yaeji, as well as another team-up with Troye called 2099.

Watch the electric music video for Gone aka the banger of the summer below.