Opinion: Why Channel 4’s Genderquake was a sh*tshow of epic proportions 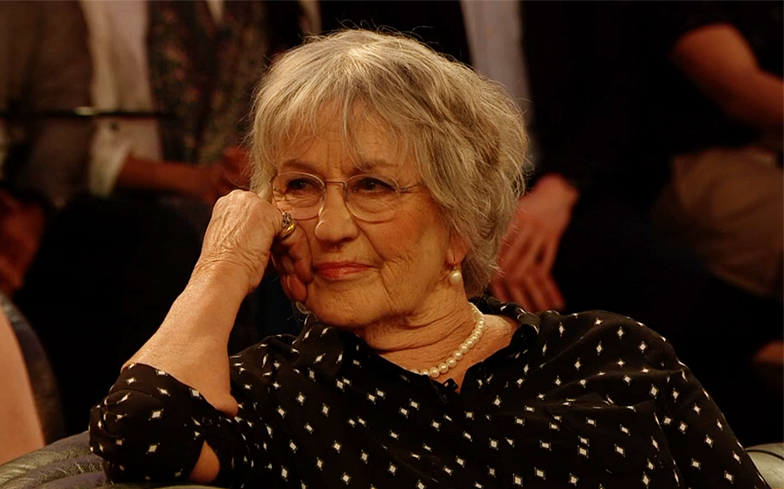 Last night, Channel 4 in all of its ageing, saggy wisdom went ahead with a live ‘debate’ which was centred around the questions ‘what does gender mean today, should it be easier to change gender and does gender actually even matter’?

The panel consisted of the once respected feminist Germaine Greer, the well known transphobe Sarah Ditum, the journalist and Editor of Novara Media Ash Sarkar, the campaigner Munroe Bergdorf, and the American rich white Republican Caitlyn Jenner – obviously there to bring a sense of ‘who knows what,’ but she is also going to address parliament on diversity so someone, somewhere must know what she brings to the proverbial trans and equality table.

Completing the panel was a trans man and a person who defined as non binary.

There was also an audience – a live gladiatorial, foaming-at-the-mouth, spitting bile and vile insults such as ‘penis’ and ‘you’re a man’. It was pure and simple playground violence.

At least we got to see that very small but vocal group of women – who are seeking to erase trans identities – for what they truly are: angry, aggressive and so far from any idea of inclusive feminism that they reminded me of Piers Morgan claiming to be a feminist. That group of women who have emerged from the far left like termites after an April shower are blindly resolute in their desire to stamp us out and to crap over the decency of Jeremy Corbyn’s Labour. At least now, after last night’s disgraceful fiasco we, whoever watched (I doubt many), have seen their true colours.

It has to be said here that most trans writers, campaigners, activists and diversity experts turned down being part of the panel and/or audience. We have endured our right to authentic lives being ‘debated’ intensely for the last few years. It has been open season on us, the trans community – mainly it has to be said, on trans women and trans femmes. Anyone could have advised Channel 4 that this was a bad idea, that it would end up with vile confrontation and a live audience populated with known transphobes. Letters written and signed by many were ignored because of course, at one point in the 1990s, Channel 4 was cutting edge and relevant. Sadly now it has become the angry old relative complaining from the dining hall of a care home about issues that it genuinely doesn’t have a clue about.

Last night was about transphobia being used desperately to prop up lost ratings, but also it was the last gasp of a network which once mattered. I felt slightly sorry for Cathy Newman who chaired the ‘debate’ (I’m not using that word again, it was really a shitshow of epic proportions) but they and she knew exactly what would happen. She was clearly out of her depth, but at the expense of us. We were attacked on primetime television. They knew the structure they had created; Germaine, Sarah Ditum and their baying mob all out to attack Munroe and Caitlyn.

Munroe held her cool. She always does as she has fended off many by now, and is becoming a seasoned professional which begs the question why was she put at risk from people openly insulting her. There’s a case there in my mind for legal institutional transphobia. Munroe may be tough but later when the lights are off, those vile words will circle round and round in her mind.

Channel 4 became the bullying ‘enabler’, the kid in the playground who causes the fight and steps away trying to look innocent.

I will say it once: Channel 4, you were advised against this spiteful show. The trans community reached out to you with wisdom and generosity, but you ignored us and in doing so you have sealed your fate.

I am resolute now in my stance that I will not debate my existence. I can debate the merits of my transness, my vagina, my surgery, my womanhood or personhood, but I will not discuss that with a cis opponent/s who would rather I didn’t exist at all. Fuck that. Ten years ago I was shouted at, spat at, kicked at by people wishing I didn’t exist as an out and proud trans woman. My marker, my red line was drawn – I will not debate my existence.

The trans community came together over this show in their almost universal agreement to turn away from engaging, and in doing so we stood firm in our belief that we are worth far more than click bait viewing. We are worthy of trans-created and trans-led content. Trans-respectful content and important debates around how we are let down by society and how we as trans folk actually hold some of the answers in bringing down gender stereotypes and expectations.

I’ve read Munroe’s reasons for going on and they are good, solid reasons. If anyone could hold space it would be Munroe. But I hope we all learn from this that without us there is no live gladiatorial fight. Without us it is just a programme about anger and out of touch notions and mistruths about a group of people already hideously maligned by some of society.

This structured live debate isn’t the way that we advance equality. No, we do that by listening first to the groups with least power and really hearing them. Allow us to make programmes and show how we are growing as a community. Allow us the space and dignity without needing an opposition who you know are likely to attack. That didn’t lead to any greater equality and if it did, it is retrogressive as you used our bodies, our lives to do that for your own sense of self. Trans people are really good at creating new strands of equality. We aren’t asking for anymore than anyone else – just for simple respect and dignity. Move out of the way of us and let us create decent debates that have the potential to create a better, fairer and kinder world.

After the show aired Munroe posted a photograph of herself with Caitlyn Jenner and received enormous online criticism. I’m baffled by that, by the level of the bar that we hold up for ourselves.

These are two trans women, entirely different in almost every way, but the one thing that bonded them last night was the horrendous abuse hurled at them live on national television. ‘Penis’, ‘you’re a man’, among the torrent of stinging words.

Caitlyn has suffered at the hands of every second-rate comedian for the past few years and Munroe has handled online attacks with dignity ever since her beauty and incisive intelligence popped above the parapet after being subjected to racism.

Come on people, we need to be kinder. This was a photograph of two trans women who stood up and took abuse. Put to one side for a moment Caitlyn’s dubious and often offensive politics and see it for the moment it was; support and self care.

Channel 4, you – unwittingly perhaps – marked your own fading card, but you did also bring us together. I doubt anyone will rush to support anything you suggest in future, it’s about time the world at large realised we are here to stay. Brilliantly, openly, and beautifully unapologetic.