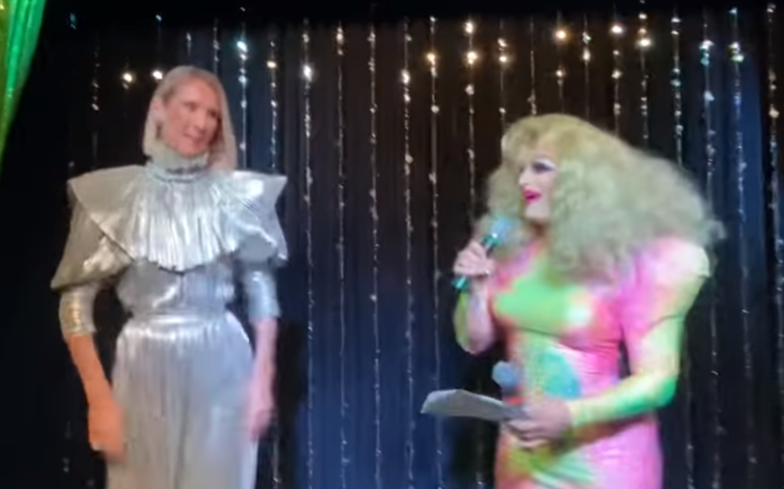 Celine Dion has just launched her first English-language album in six years, after Loved Me Back to Life, Courage. And she did so in esteemed style, as she was accompanied by many drag queens, all playing Celine Dion for the night.

And although the strike of midnight may mean the end of the ball for some, it was the start for Celine, as that is when she made her grand entrance.

Speaking to the assembled crowd, the Canadian singer said: “I’m so excited and I’m so honored that you’re here tonight. I want to thank you so very much for your support throughout the years.

“This album has been a long process. It has been making me travel through different emotions.”

She then paid tribute to her late husband, René Angélil, who died in 2014. “I hope René will like the album,” she said. ” I hope you will like it as well; I put my heart into it.”

Celine then left the stage, before promptly coming right back up, announcing: “I can’t leave, I can’t leave. You can’t get rid of me like that. I can’t just say ‘hi, thank you for your support, good night and have a good time.’”

And as a karaoke competition was taking place before her arrival, she finished with a crowd-assisted karaoke session to her new hit song Flying on My Own.

Before Celine’s appearance, the show was being hosted by Ginger Snap, alongside performers like Blackie O and Stephanie Stone.