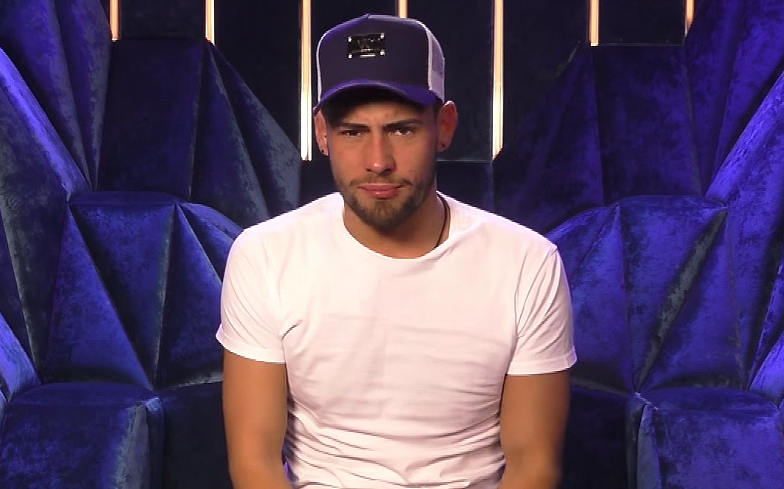 He said that it would be the “worst thing for Celebrity Big Brother” if the former Conservative MP wins.

Former Apprentice hunk Andrew Brady was one of our favourite things about Celebrity Big Brother this year. There was his b(ro)mance with Courtney Act – real name Shane Jenek – and then there were the times where he was more than happy to bare his bum.

Sadly now, all of that has come to end as Andrew was one of three housemates evicted in Friday’s episode. He was nominated by former Conservative MP Ann Widdecombe for “bringing the house into disrepute” following a play fight with Courtney.

Widdecombe has been a staunch opponent to LGBTQ rights, voting against every piece of pro-LGBTQ legislation during her time in Parliament. She had previously come in for criticism during this series, after she branded the potential romance between Andrew and Courtney “disgusting.”

Related: CBB viewers brand John Barnes “homophobic” over these remarks he made

Despite this, Ann is now favourite to win the show, and is currently on odds of 7/4.

But one person who certainly won’t be voting for her is Andrew. In his exit interview he slammed the potential of her winning, saying: “I don’t think Ann should win. If Ann wins this show it will be the worst thing for Celebrity Big Brother.

“The emphasis of this show is about women, and celebrating women’s rights a hundred years ago.”

He then went on to directly criticise her for her views on LGBTQ rights, saying: “The views that people expressed a hundred years ago that stop[ped] women hav[ing] the vote before that, are the same views Ann has today about homosexuality.

“She shouldn’t win it. She goes against everything. Equality, diversity.”

During his time in the Big Brother House, things got heated between Andrew and Ann following his nomination, after Ann implied that his family would be ashamed of him. At the time, Andrew hit back, calling her a c*nt.

In his exit interview, Andrew apologised for the remark: “I apologised for what I said. At the time I was heated, and I had not received a letter from my family saying they were proud of me.

“It was difficult to hear that from her. Three weeks in there when you still haven’t had contact from your family.”

He then confirmed that he still held some “hostility” towards her, but overall didn’t think that she was a “bad person.”