CBB viewers brand John Barnes “homophobic” over these remarks he made 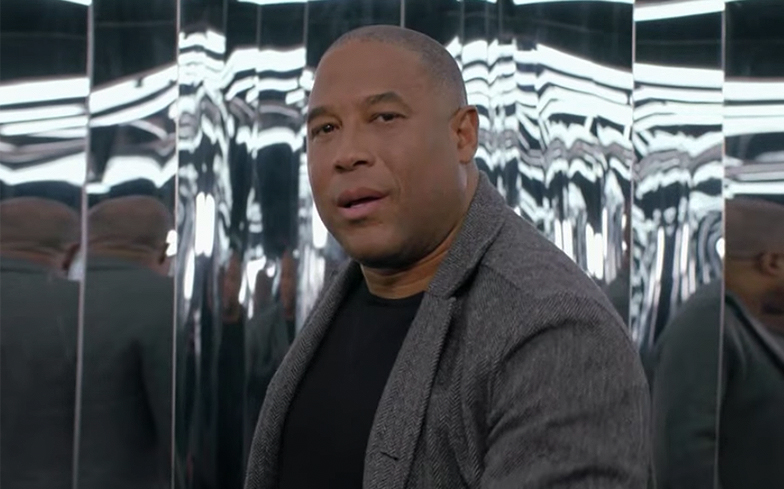 As ever, Celebrity Big Brother has been packed with talking points – most notably the blossoming relationship between Courtney Act and Andrew Brady in the latest series.

The Apprentice hunk has made no secret of the fact he fancies Courtney when she is in drag, going as far to say that if she “didn’t have a dick, I’d go to town on that.”

Andrew identifies as straight, and doesn’t have the same, ahem, urges when Courtney is out of drag as Shane Jenek.

However, in an episode over the weekend, former British footballer John Barnes discussed with Shane his close friendship with Andrew.

John essentially claimed that he’d no longer be friends with Andrew if he took his relationship with Shane any further.

Shane later confronted John to clarify his remarks, but the footballer made further problematic comments, suggesting straight men are uncomfortable around gay men because they feel like they are being sexualised.

“I know it shouldn’t be that way… men are comfortable just being in a room with a woman, not in a sexual way, because they don’t think, ‘She wants to have sex with me’,” John said. “That’s why men are uncomfortable with gay men because in the back of their minds they’re thinking, ‘He’s looking at me thinking I wonder what he looks like with his clothes off’. They think that about all men.

He added: “I’m that way because everything I’ve been saying here is about being a product of the way I’ve been brought up and things we know to be wrong, we can’t help thinking that.”

The 54-year-old was then nominated for a surprise eviction by the female housemates, mainly for the comments he made regarding Andrew and Shane’s friendship.

“I don’t like the kind of shaming of Andrew for his relationship with Shane,” said Ashley James.

“I think [John] finds it hard to accept that Andrew is a straight guy with a friendship with Shane or Courtney.”

Celebrity Big Brother viewers accused John of homophobia after the scenes aired on Saturday, causing his family to release a statement regarding the incident.

The full statement from John Barnes’ family is as follows:

As John’s friends and family we felt strongly that an alternative narrative regarding the discussion between John and Shane J aired on Saturday night should be presented. The motivation for this is that the way the conversation was presented on the show, the subsequent media coverage and the social media backlash have been highly distressing as the popular interpretation is completely out of keeping with our experience of John.

We have written this statement as our own interpretation of the events and acknowledge that we may be wrong but encourage those interested to consider these points before making their minds up.

It seems quite clear to us from the discussion as presented on the show that John is not offering the statements as reflections of his own feelings but an as explanation (but not justification) of the mentality that can cause some straight men to hold homophobic beliefs.

The initial comment which started the subsequent conversation with Shane J (‘Kick him out the club’) is far more likely a satirical comment on the barriers to sexual experimentation in young, straight identifying men than a statement of intent on John’s part, bad taste notwithstanding! Indeed Shane J started the later conversation by acknowledging that the comments were ‘made in jest’ but sought further clarification of his position.

This interpretation is entirely in keeping with out experience of discussing similar topics with John and also with his approach to discussing racism in private and public.

John has always been interested in understanding the motivation behind various forms of prejudice rather than simply condemning it outright and shutting down any further dissection.

This has been his approach to discussions around racism consistently over the years and, from discussions we have had, we feel that he considers this to be a far more production route to resolving problems like racism, sexism, homophobia and transphobia then simply virtue signalling and forcing the opposition into silence while not making them understand why their position is wrong.”

Anyone who has seen John speak will know that he is not one for soundbites but prefers nuanced and detailed discussion, which of course can leave one vulnerable in the TV editing process.

When John acknowledges that ‘I cannot think that naturally’, mentions being a ‘product of his environment’ and ‘things we know to be wrong, we can’t help thinking that’ etc it seems far more likely that he is talking in a wider context about the influences behind prejudice in general rather than offering up an explanation for homophobic statements.

Having only seen an edited version of the conversation it is hard to be sure about this. Thinking about the words John has used in this context, our feelings about the conversation are as follows. There are two potential interpretations of John’s comments’

One is that, having privately and publicly spoken out against prejudice for many years he had a blind spot for prejudice on the grounds of sexuality.

He also has so little insight into this contradiction that he has chosen to voice these opinions to a gay man on national television and expects that it is satisfactory to justify them on the grounds that he is 54 years old, is a product of his environment and can’t help thinking the way he does.