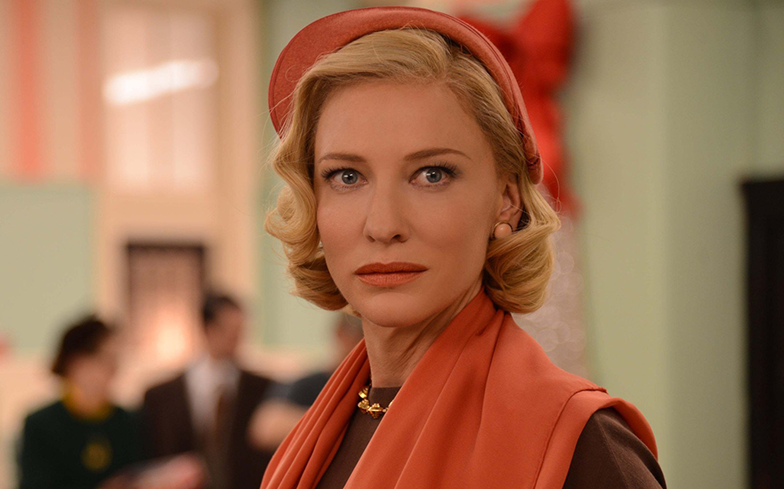 “I will fight to the death for the right to suspend disbelief and play roles beyond my experience.”

Cate Blanchett has come out in support of straight actors playing LGBTQ roles.

The Australian actress – who won an Oscar for her role as a lesbian in Carol (2015) – told The Hollywood Reporter that she disagrees with the notion that straight actors can’t portray characters without having shared experiences.

There’s been a lot of discussion recently regarding straight actors in LGBTQ roles. Back in July, Scarlett Johansson stepped down from playing transgender man Dante “Tex” Gill, born Jean Gill, in the upcoming biopic Rub and Tug, after receiving widespread backlash from, well, everyone.

“Our cultural understanding of transgender people continues to advance, and I’ve learned a lot from the community since making my first statement about my casting and realize it was insensitive,” she told Out Magazine.

Shortly after, British comedian Jack Whitehall was slated for accepting a role in the Disney action adventure Jungle Cruise, alongside The Rock and Emily Blunt.

Jack – who identifies as straight – will play the brother of Emily’s character, and will be “hugely effete, very camp and very funny”. It will also be made clear that he has no interest in women.

The movie – which has been described as a “turning point” in Disney’s history – is set in the 19th century, at a time when LGBTQ rights were non-existent and the majority of the community would remain closeted.

Russell Tovey also came out in defence of straight actors playing gay roles, telling The Telegraph: “If you’re an actor, you’re an actor. The whole thing with Jack playing a gay character… I’m like, just let him act.”