Carly Rae Jepsen recruits several doppelgängers for Too Much video 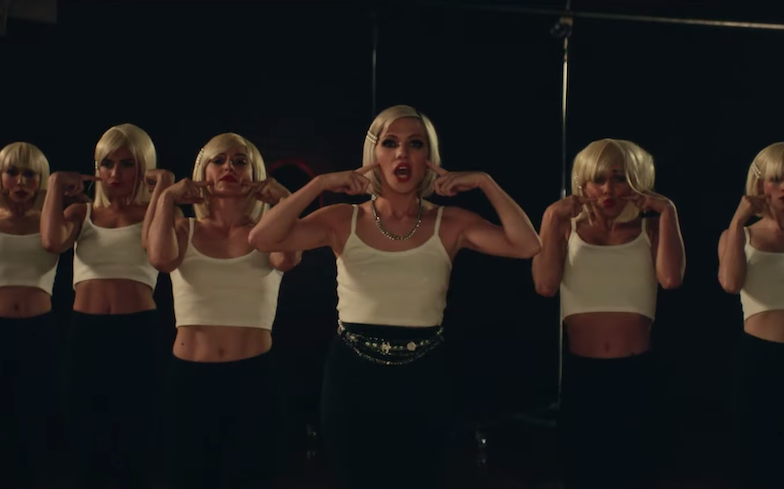 Carly Rae Jepsen has dropped the video for her synthpop anthem, Too Much.

The Canadian singer-songwriter and princess of pop serves laidback choreography with several other female dancer doppelgängers, before ruining their sophisticated tea party with a food fight. It culminates with the star taking a trip to a hall of mirrors and overseeing one of her clones making a Carly replica.

Too Much is the fourth single taken from Carly’s long-awaited fourth studio album Dedicated – which is now available on iTunes and streaming services – after Party For One (now regulated to a bonus track), No Drug Like Me, Now That I Found You and Julien.

Dedicated is Carly’s first album since 2015’s Emotion, which was lauded by critics and is often regarded as one of the finest pop albums of the decade. It spawned anthems such as Gimme Love and Run Away With Me.

Earlier this year, the performer revealed she will raise money for LGBTQ youth with her upcoming tour.

Carly has partnered with PLUS1 so that a dollar of every ticket sold will be donated to Crisis Text Line and their work providing free and confidential support to people in crisis.

For her San Francisco tour, every dollar will be donated to The Trevor Project, a 24 hour suicide hotline for LGBTQ youth.

Check out the full list of dates for the Dedicated Tour below.