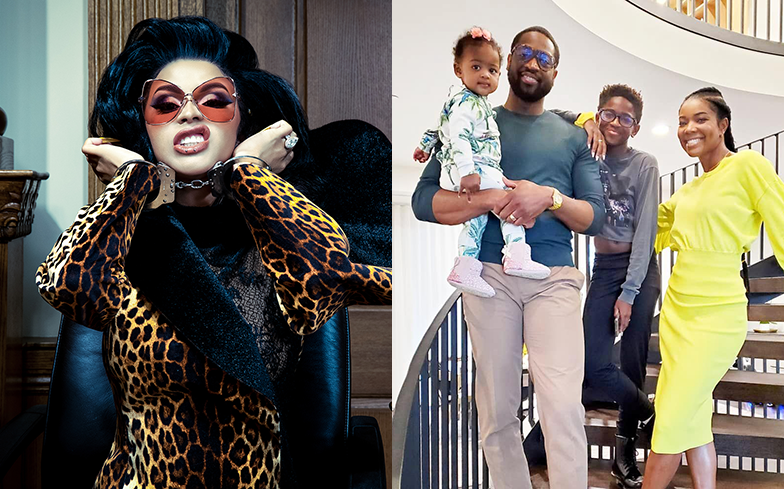 “That’s who you are. That’s your identity.”

Cardi B has defended Dwyane Wade and Gabrielle Union’s daughter from transphobes.

Earlier this month, Dwyane appeared on The Ellen DeGeneres Show and revealed his daughter Zaya recently came out as trans, saying he and his wife Gabrielle are “proud parents of a child in the LGBT+ community” and “proud allies”.

The announcement was met with positivity from many fans who praised Dwyane and his wife Gabrielle for their inclusive parenting, but stars such as Boosie, Young Thung and Serayah McNeill criticised their decision and misgendered Zaya.

On her Instagram live, Cardi B defended Zaya and showed her support for the trans community by telling fans: “People are saying this kid is too young to transition, but how old is too young? That’s who you are. That’s your identity.

“If you are born thinking you are a girl in a boy’s body, how old do you have to be to keep knowing that’s who you are? If that’s who you feel that you are – what is the age limit for you to know that that’s what you want to be?”

“Let people find their happiness, especially kids. Let them feel comfortable doing what they want to be.”

Cardi continued to say that she is surrounded by trans people, including her hair stylist Tokyo Stylez, and has asked them when they knew they were trans, to which they all respond: ‘I always knew, I always knew I was a girl. I was born like this.’

The rapper then quoted Lady Gaga’s iconic queer anthem Born This Way and said, “That shit is fucking real.”

Last year, the Grammy-winning artist and actress addressed Twitter users who accused her of being anti-trans, writing: “I’m not transphobic. Ya love dragging that.

“Have I said some remarks in the past that I apologised for YES I’m from a place that people have closed mindsets so we might not [know what] insults other or not I never disrespected no trans nor nobody from LGBT.”