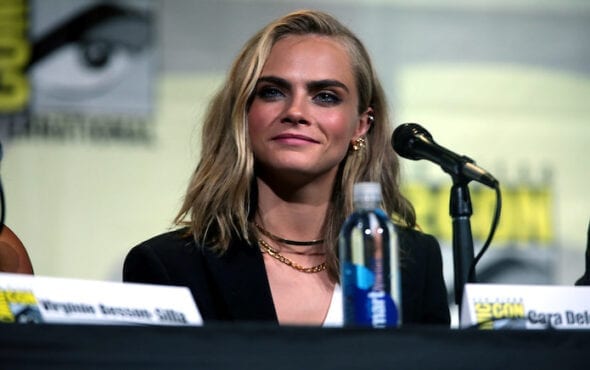 Model and actress Cara Delevingne revealed she dealt with “massive depression” and “suicidal moments” before coming out.

In an interview with Gwyneth Paltrow, the British star admitted she felt “disgusted” by same-sex relationships and had difficulty understanding them.

“I grew up in an old-fashioned household. I didn’t know anyone who was gay,” she explained on Gwyneth Paltrow’s podcast Goop.

“I didn’t know that was a thing and actually, I think growing up … I wasn’t knowledgeable of the fact I was homophobic.”

Delevingne, who identifies as pansexual, continued: “The idea of being [with] same-sex [partners], I was disgusted by that, in myself. I was like, ‘Oh, my God, I would never. That’s disgusting, ugh.’”

However, since then, the actress explained that her past mentality was a product of her environment and her opinions have since changed.

“I was so ashamed of ever being that,” she said, speaking about her sexuality. “But, actually, that was the part of me that I love so much and accept.”

However, Delevingne admitted that her sexuality is “constantly changing” and is “really complicated.”

Delevingne is known to have previously dated Ashley Benson and singer-songwriter St. Vincent.

The actress came out as pansexual in 2020 and is open about her sexual fluidity.

“I was so unhappy and I wasn’t following my truth, especially in terms of being a model,” she said. “That whole thing of having to fit into the box — I’m an androgynous person.

Speaking to Variety in June 2020, the model revealed she is “attracted to the person”.

As for her sexuality, she added: “I always will remain, I think, pansexual. However one defines themselves, whether it’s ‘they’ or ‘he’ or ‘she,’ I fall in love with the person and that’s that. I’m attracted to the person.”