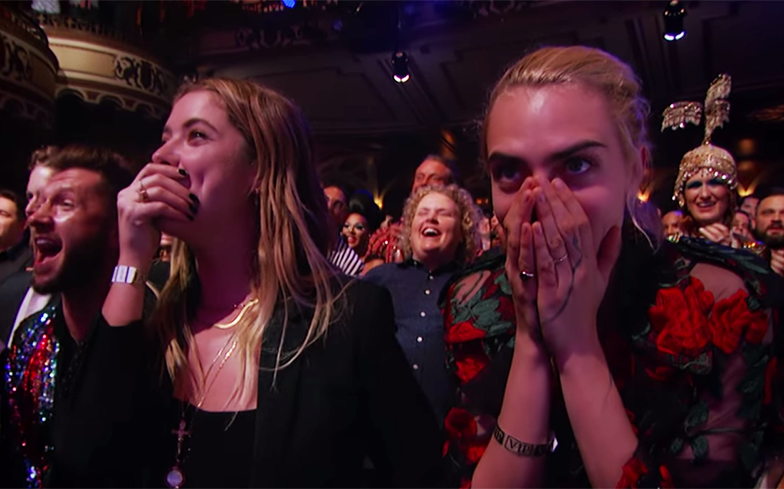 Cara Delevingne has spoken about her relationship with girlfriend Ashley Benson.

The British actress and model took to Instagram over the weekend to share a video of her and the former Pretty Little Liars star making out alongside the caption “PRIDE”, which many fans took as confirmation of their long-rumoured relationship.

Later, as she walked the red carpet at the TrevorLIVE New York Gala on Monday, she was asked by E! News why she decided to share the news of their relationship on social media.

“Because it’s Pride, it’s been 50 years since Stonewall happened, and I don’t know,” she said. “It’s been just about our one-year anniversary so, why not?”

When asked if this meant their relationship was “Insta-official” she said: “Sure. I don’t like the ‘official’ thing, but you know, it’s a little something.”

As she accepted the Hero Award at the bi-annual LGBTQ gala, Cara gave a shout out to Ashley, revealing her cute nickname Sprinkles and thanking her for helping her ‘love herself’ over the year they’ve been together.

“I also have another very special woman in this room to thank and you know who you are,” she said. “She’s one of the people who helped me love myself when I need it most and I really needed it.

“She showed me what real love is and showed me how to accept it, which was a lot harder than I though. I love you, Sprinkles.”