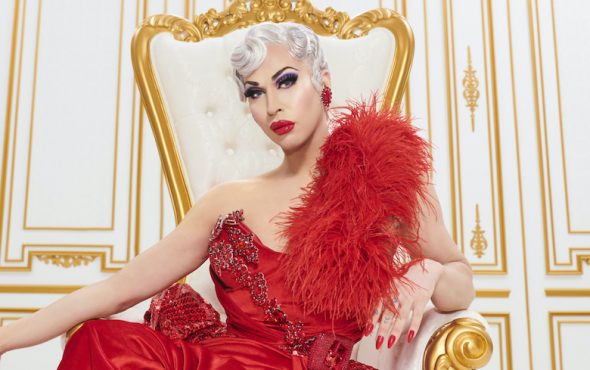 Brooke Lynn Hytes has revealed if she’ll ever return to the Drag Race franchise as a competitor.

The Canadian performer made her debut on season 11 of the US original last year, where she earned three maxi-challenge wins (more than winner Yvie Oddly) and cemented her status as one of the most formidable lip-syncers in HERstory.

Earlier this month, Brooke made history yet again as the first former competitor to sit on the other side of the panel on Canada’s Drag Race, where she serves as judge alongside Jeffrey Bowyer-Chapman and Stacey McKenzie.

Since her season 11 stint, fans have been waiting in anticipation to see if Brooke will sashay back into the werkroom for All Stars and leave us slain with more splits, kicks and flips, but with her role on CDR – is this still a possibility?

However, Brooke explained that she finds the role as a judge quite “stressful” and “emotional” because of the RuPaul-esque duties she’s been bestowed over deciding which contestants should get the chop.

“It still was not as hard as competing!” she added. “Maybe one day in the future – who knows what the future holds? Right now, I’m focused on being the best Judge Judy I can be with these two amazing people.”

You can read our entire interview with Brooke Lynn Hytes, Stacey McKenzie and Jeffrey Bowyer-Chapman here.

Canada’s Drag Race airs every Thursday in Canada and the United States on Crave and WOW Presents Plus, and every Friday in the UK on BBC iPlayer. The first two episodes are available to stream right now.