Can these older gay men identify your favourite pop divas? 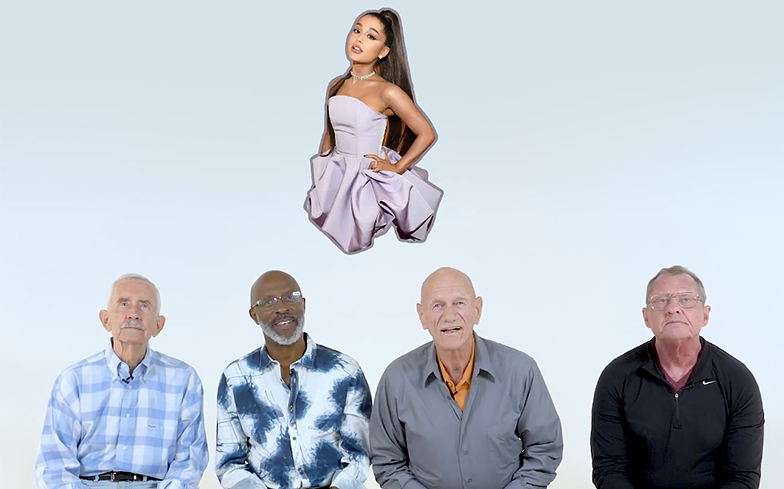 “They all look alike… except for the hair colour!”

Every generation has its own favourite pop divas, whether its Cher in the 70s, Janet Jackson in the 80s, Mariah Carey in the 90s or Britney Spears in the 00s. But as we get older, it can be hard to keep up with all the new faces.

For the latest ‘Old Gays’ video from Into, four older queer men (Robert E. Reeves, Michael Peterson, Jessay Martin, and Bill Lyons) were asked if they could identify 28 pop divas from across the decades, and the results are hilarious.

See some of our favourite responses below.

Ariana Grande: “She got in a fight with someone recently, didn’t she?”

Lady Gaga: “What was that [song], Poker Face? That just got me up dancing. That made me rock.”

Lana Del Rey: “No idea, and her costume is horrible.”

Miley Cyrus: “She’s annoying to me. I guess she’s free enough to say what she wants. And I’m uncomfortable with that.”

Nicki Minaj: “I was gonna say ménage à trois. Look at that. Just scary. It looks like she is mostly wax.”

When asked why queer men have historically had such an affinity with female pop stars, they answered: “I think every gay man himself wants to be a pop star goddess, so they cheer the ones that do [that].”