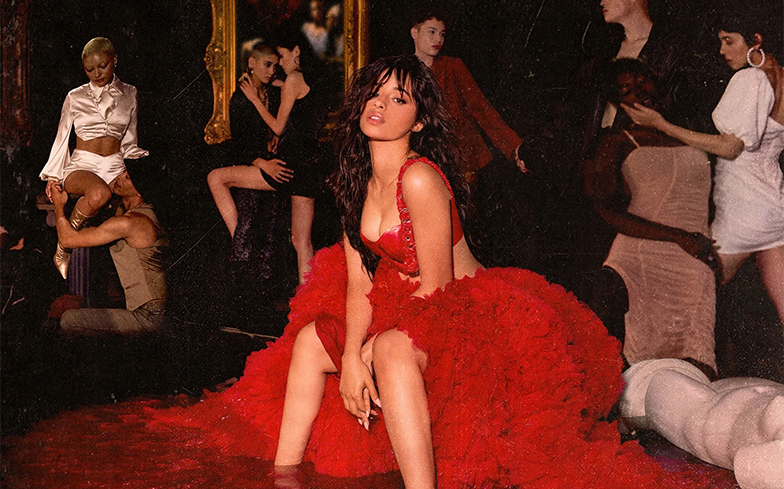 The vibe for the former Fifth Harmony member’s sophomore effort is set right from opening track Shameless; the still-brilliant, atmospheric lead single rumbles along with dark pop influences, taking a hacksaw to the independent self-love mantras that have weaved their way through the charts this year as Camila admits she “needs you more than I want to” and that her obsessive emotions are sending her “out of my mind”. It’s a theme that plays out through much of the record, fulfilling the title’s promise as it explores the highs and lows of love.

Smooth mid-tempo My Oh My, with its sultry vocals and tales of a hazy love affair with a handsome stranger, is the closest we get to a straight-up Havana sequel on the album – it’s a worthy successor and will be getting plenty of repeat plays. There’s little left to say about Señorita, the painfully-catchy (and chart-dominating) Shawn Mendes duet that already appeared on the latter’s most recent album, although fans will no doubt be glad to see it included here and it feels right at home. Liar, with its infusion of flamenco and ska-pop, provides the album’s most irresistible hook, and it’s criminal that it’s yet to receive the chart success it deserves.

It’s not all dramatic longing and steamy romance, though. Cry For Me sees Camila address the pain of knowing an ex-lover has moved on while you’re stuck in reverse, questioning, “How can you be okay? Why won’t you cry?” Should’ve Said It, in contrast, flips the tables as she admonishes a past lover who now regrets letting her go. “I was crazy for you,” she admits, before launching into the scathing chorus, “There’s no room in my bed… someone else is getting all of me.” Whatever emotions love has given you – butterflies and lust or pain and heartbreak – there’s a song on here to reflect how you’re feeling.

Like many pop albums before it, Romance (mostly) follows the rule of two halves – the first act is a collection of radio-friendly bops that you’ll listen to while getting ready for a night out with friends or dancing in front of the mirror, while the latter is made for reflection. Dream Of You is a sugary-sweet ballad that’ll have you reminiscing over the naive innocence of first love, and allows Camila to show off her impressive vocals in a more understated way. Guitar-driven slow jam This Love has the sonic makings of a ‘first dance’ wedding song, but its lyrics subvert the listener’s expectations as Camila instead recalls the many times her heart has been broken, singing “fuck this love calling my name, get out of my veins.” Just one track later on Used To This, she’s back in her feelings and admiring the small things about a new lover, like the “tattoos on your skin” and the “calluses on your fingers”. Again, it’s clear that Camila has experienced every side of love, and it’s all laid bare on the album.

Despite the focus on intimate relationships, Romance’s most emotional moment comes in the incredibly personal closing track First Man, an open letter to Camila’s father – the “first man who ever loved me” – asking him to accept her new relationship over sparse piano production. “I just met his family, they’re just like you and mom, he makes me really happy, I think he might be the one,” she confesses. It’s a powerful way to close a record, and is destined to become a classic in her discography.

Camila Cabello will release Romance on 6 December via SYCO/Epic Records.