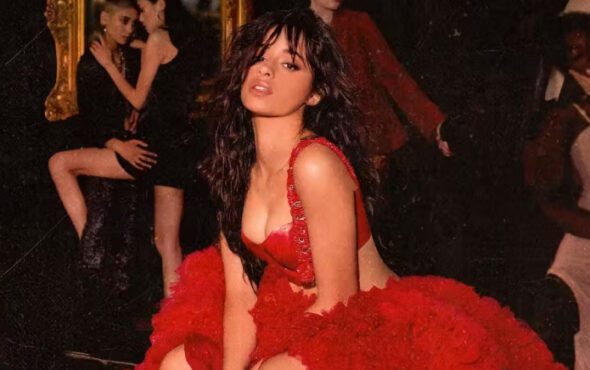 At the end of March, Governor Ron DeSantis signed the horrific bill into law after it was passed by conservative lawmakers in the House and Senate.

Under the harmful bill, classroom discussions about “sexual orientation or gender identity” in schools have been banned.

Since the law officially passed, activists have denounced DeSantis, the legislation, its political sponsors and the companies backing the legislation.

However, alongside the array of protests, LGBTQ+ organisations and public figures have taken additional steps to fight back against the harmful law.

According to a report from Variety, Cabello is set to launch the ‘Protect Our Kids’ fund during her forthcoming benefit concert on 8 May.

The impactful fund was created in partnership with Equality Florida and Lambda Legal.

Under the new initiative, resources will be provided to Florida’s LGBTQ+ youth, teachers and parents that have been impacted by the ‘Don’t Say Gay’ bill.

TOMORROW — @Camila_Cabello, @AllOfValentina, and @iamsheadiamond will be performing a benefit concert to help us challenge the discriminatory ‘Don’t Say Gay or Trans’ law in Florida.

We’re ready to sing, dance, and fight for LGBTQ+ youth🎶💃🏽https://t.co/QS9bp9ArGe

In a heartfelt statement, Cabello opened up about the importance of the fund and supporting the queer community.

“As someone who grew up and still lives in Florida, I am appalled that my home state is putting the health and lives of young Floridians at risk by passing this law and inviting discrimination into our school,” she said.

“We must protect every student and respect every family. I am so grateful to all our founding partners who are standing in solidarity with LGBTQ youth and families and raising money for the Protect All Kids Fund to help Lambda Legal and Equality Florida stop this hateful law.”

Alongside the initiative, Lambda Legal has also created three different hotlines to help individuals that have been harmed under Florida’s law.

The hotlines are staffed by attorneys who will offer resources during office hours.

For more information on the ‘Protect Our Kids’ fund, click here.