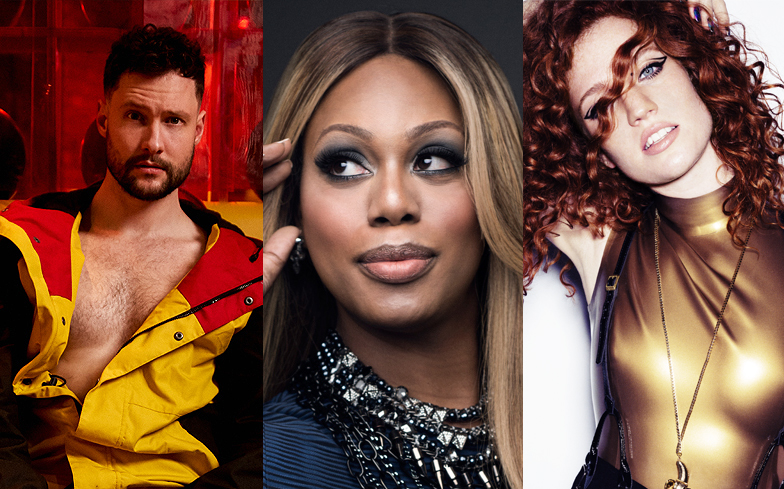 The best British and international LGBTQ talent and straight allies were celebrated this evening during a lavish bash in London.

Calum walked away with the Metro Guilty Pleasures Award after releasing his debut album Only Human in March, which centred on his own coming out experience.

Sir Richard Branson was honoured for his lifetime of support for the LGBTQ community, from his diverse employment policy to his public backing of same-sex marriage.

“In places like Africa and the Far East, the battle’s far from won. I was recently in Uganda, where gay people are put into prison for life,” he said during his speech.

“The important thing is that we all now turn our attention to countries that are prosecuting and imprisoning gay people – and even executing gay people.”

Canadian Prime Minister Justin Trudeau was handed the Media Moment of the Year award for his apology to the LGBTQ community over his country’s decades-long campaign to rid the military and civil service of gay people.

“In Canada and around the world, pride in who we are, how we identify and who we love makes us strong,” he said during his acceptance speech.

“Our diversity grows stronger communities and pushes us towards a stronger future for everyone. Every one of us should be proud of who we are and have the chance to achieve our highest potential.”

The Great British Bake Off presenter Sandi Toksvig was handed the Lifetime Achievement Award, while her predecessor Sue Perkins was given the Broadcast or Journalist prize.

The ceremony was hosted by Spice Girl Mel B and Blue boyband member Duncan James.

“Our winners and nominees continue to make the world a better place for the LGBT+ community, using their platform to educate people in Britain and beyond about the need for equality.”