Calum Scott and Leona Lewis unveil video for You Are The Reason – watch here! 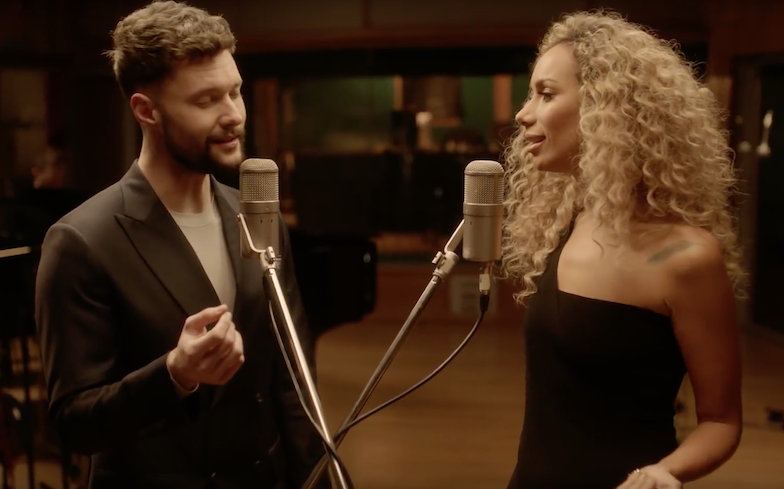 You Are The Reason is the third single from Calum’s upcoming debut album, Only Human.

Calum Scott and Leona Lewis have premiered the video for their stunning power ballad, You Are The Reason.

“Working with Leona was a dream come true,” said Calum. “As a fan, I first remember watching her on TV before going on to grace the globe with her incredibly beautiful voice.

“Now having the honour of working with her on one of my own songs is completely surreal and the passion and raw emotion she brings to our duet makes it even more special to me. I can still hardly believe that we did it!”

Leona added: “I remember the day Calum sent me this track, I sat listening at home and had it on repeat. It’s one of those powerful songs that touches your heart and such a beautiful ballad, everyone knows I love singing them!

“Calum’s performance on it is stunning and I loved being able to join him to make this duet version.”

You Are The Reason follows Calum’s huge breakout hit Dancing On My Own, which was a stripped down version of Robyn’s classic and has been streamed 500 million times so far.

Watch the music video for You Are The Reason below:

The singer is now preparing to release his debut album Only Human on 9 March, which dives deep into his journey towards true self-acceptance and living openly as a proud gay man.

You can be one of the first people to hear these new songs performed live in the private setting of the London Hippodrome on 14 March.

Gay Times presents Intimate & Live with Calum Scott will see the star perform his collection of pop ballads and upbeat anthems in front of a small audience, in what promises to be a very special evening.

There will also be a Q&A about the stories behind Calum’s new songs, as well as a chance to meet the man himself.

The audience will also be treated to a goodie bag that will include Calum’s current cover for the March 2018 of Gay Times.

Tickets for Gay Times presents Intimate & Live with Calum Scott start from just £20, and can be purchased here. Make sure you get yours before they sell out.