Callisto is wildly ambitious but only a partial success – review 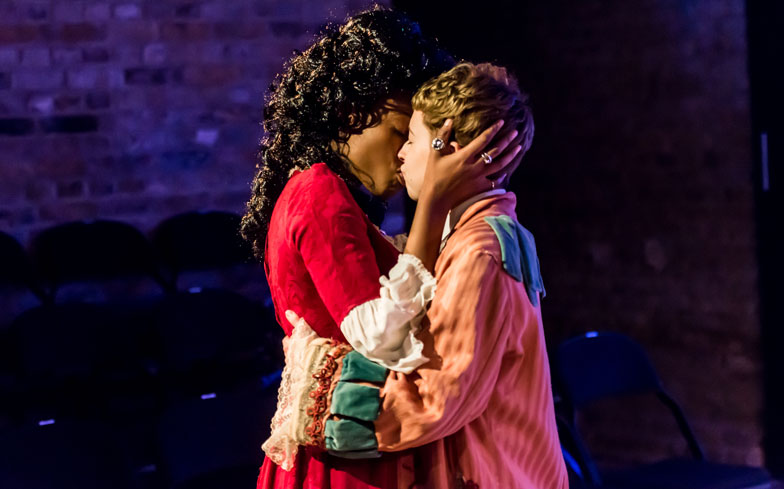 The self-styled ‘queer epic’ has opened at Dalston’s Arcola Theatre.

Callisto, by Manchester-based poet and playwright Hal Coase, is undeniably an ambitious piece of theatre. It takes four disparate storylines from across the ages – specifically 1680, 1936, 1979 and 2223 – exploring attitudes towards the LGBTQ community and how prejudices may have changed, but not necessarily gone away. It’s a clever concept, but does it reach its full potential?

It takes a while to find its feet. The opening scene, which features characters from all four timelines, sets out to establish each individual and allows the audience a preview of their respective narratives – but it all just feels a bit muddled and confusing. When the focus changes to an individual story it becomes easier to digest and there are certainly some scenes which work extremely well in isolation.

Yet we never felt that the four stories really came together as a cohesive whole. Yes there are references to Callisto in each of their respective narratives, and yes they all explore an LGBTQ issue, although this never really amounts to much more than the idea that sometimes people are gay – which, in this day and age of fantastic queer theatre, doesn’t seem a big or important enough theme to build an entire show around.

There were also a handful of scenes we really didn’t enjoy all that much. We felt that the exploration of Alan Turing’s personal life was somewhat clunky, in spite of Phoebe Hames’ amusing and well-timed one-liners. We also weren’t sold on the futuristic scenes, particularly the use of faux-Orwellian doublespeak – which, of course, would render these sections of the play rather baffling for those unfamiliar with 1984.

Callisto is far from a disaster – the acting is pretty strong, it’s well-produced and there are some neat ideas. We were just left with the feeling that each narrative would work much better as its own short play as opposed to bringing them all together, which never seems to quite gel. It’s wildly ambitious, but only a partial success.