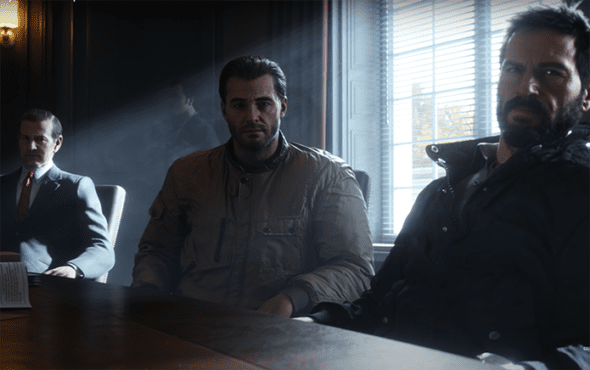 We are loving the inclusivity!

Popular gaming franchise Call of Duty has taken a step in LGBTQ+ inclusivity by adding a non-binary category in its gender options.

The new feature is part of the new Call of Duty: Black Ops – Cold War campaign.

Along with choosing their gender, players can also select their name, skin color, and origin story.

In a recent interview, Dan Vondrak of Raven Software opened up about the new gender option, stating: “It was important for us, when we started the character creation system – as I mention, I grew up in the ’80s, and my formative gaming years were in the ’80s.”

He continued: “Back then you didn’t have these deep character creation systems. You had to make everything up in your head. One of our goals was to get back into the mindset that we have, for the ones that grew up in the ’80s, where everything lived in your head.”

For this rendition of Call of Duty Vondrak wanted to give more freedom and diversity to its players and their imagination.

“When it came to gender, the same thing was thrown out. Why can’t we leave that classified? there’s no reason we can’t do that.

“We’re already going to make it change the he and she, so it was easy enough for us to use those different pronouns there as well. That was where the decision came into play for that choice.”

Before this groundbreaking inclusion, the $9.7 billion franchise did face some backlash in the past for having their non-playable characters discuss sexuality and reference the controversial phrase “don’t ask don’t tell”.

LGBTQ+ representation in gaming has had its fair share of pushback with many gamers accusing developers of being “social justice warriors” and promoting the “gay agenda”.

The recent release of the Naughty Dog’s The Last Of Us 2 fell victim to this after leaks led fans to assume a character was transgender, introducing an onslaught of negative reactions and declared “boycotts”.

But even with the negativity surrounding this new incredible feature, many LGBTQ+ players have expressed their happiness for the inclusion.

I do not fuckn understand why people are getting so upset over the fact that you can play as non-binary in the new call of duty, it’s pretty cool that’s an option for people and it’s pretty cringe if it makes you upset, don’t be so lame, be more accepting 😎

genocide, but make it inclusive! https://t.co/1tRg6DDTGc