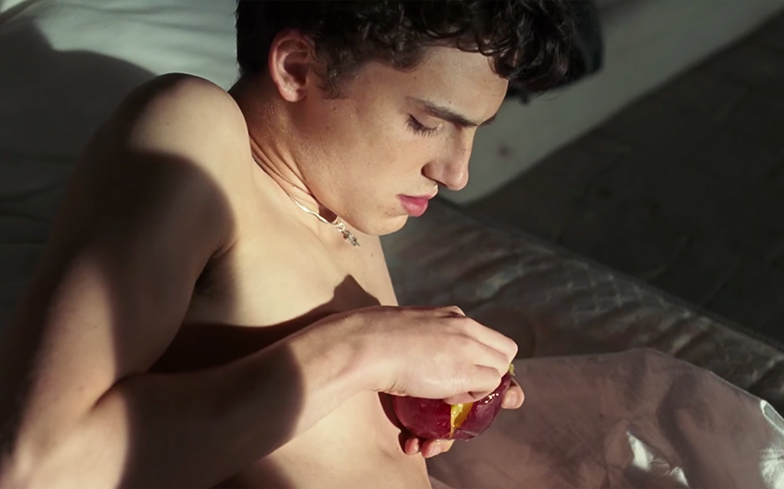 Call Me By Your Name was one of the most talked about movies of 2017.

In a new clip for the Toronto International Film Festival, the book’s author Andre Aciman discusses the importance of the moment for Elio and Oliver’s relationship, and why it played out slightly differently in the movie.

“The peach scene is very essential, partly because it’s so shocking, but also at the same time because it is the most intimate moment between the two men,” he explains.

“In the book, Oliver eats the peach, and he says, ‘I want every part of you. If you are going to die, I want part of you to stay with me, in my system, and that’s the way I’m going to do it’. So it is a very powerful moment.

“In the film, he just puts his finger in and almost licks it, and that is good enough for cinema, we don’t need to see more.”

André explains that despite the awkward eroticism of the peach, the most important part of the scene is Elio’s contrasting reaction afterwards, where he breaks down and tells Oliver that he doesn’t want him to leave.

“It’s a magnificent moment, and the film does this all the time,” he continues.

“It takes a very physical almost lust-y moment, and finds its emotional equivalent right away, so it never allows you to dwell on the physical without giving you the emotional counterpoint to it.”

Watch the author discuss the peach scene below.