Call Me By Your Name director defends casting straight actors

Luca Guadagnino says the criticism around the straight leads of Call Me By Your Name is “dull” and “preposterous”.

In a recent interview, the Oscar-nominated director was questioned on whether it was “appropriate” to cast straight actors as gay characters amid growing conversations about the lack of roles for LGBTQ+ people.

“I read too much Freud to be taking seriously these kind of critics,” he told The Independent. “Meaning that I honestly don’t believe I have the right to decide whether an actor is straight or not.

“Who am I to know what somebody is thinking of himself or herself within themselves. Yes, Armie is a straight man with a wife and children and the same can be said of Timothée. But do I ask them to swear on their sexuality, on their identities, on their desires, before I cast them? I don’t!”

Guadagnino said the notion of casting actors with the same lived experiences sounds “dull and a little preposterous,” adding: “If I have to cast what people think is the real thing for a role, I wouldn’t be able to cast. I cannot cast a gay man to play Oliver.

“I have to cast Oliver to play Oliver because the identities of gay men are as multiple as the flowers in the realm of earth. So, there is not a gay identity. One person who is gay is completely different to another person who is gay.

“So, if I have to be accurate to this kind of dull remark, I could cast Oliver but Oliver doesn’t exist. He’s a creature of André Aciman. We go back to the last point I want to make which is that the beauty of acting is the possibility of the creation and embodiment of new selves through the art of acting.”

Guadagnino also addressed criticism from screenwriter James Ivory about the lack of full frontal nudity in Call Me By Your Name.

“Nobody who knows my work can say to me with a straight face that I’m shy about male or female or other gendered nudity,” he said. “So, the critique or note that James gave was, in a way, devoid of pragmatism or a relationship with the movie itself.

“My question to him is does this movie need full frontal male nudity. I don’t think so. It doesn’t. Maybe the script which he wrote – which was a draft which then I reworked with my editor – was compelled to tell this story through the perspective of a very expositionary kind of nudity.

“But that would have been his idea of the movie which, unfortunately, we haven’t seen… so I don’t know. I think James was a little tone deaf about the situation.” 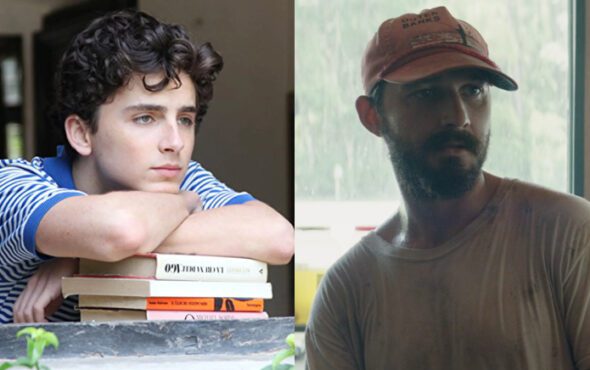 Earlier this year, Guadagnino revealed that the whole cast of Call Me By Your Name will return for the upcoming sequel.

In an interview with Italian newspaper La Repubblica, he confirmed that the highly-anticipated sequel is officially happening, and will see the return of stars Timothée Chalamet and Armie Hammer.