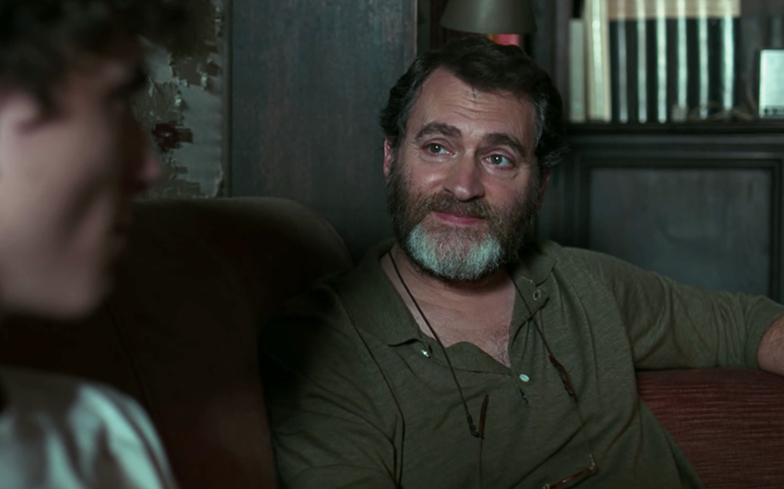 André Aciman has offered clarity to a longstanding Call Me By Your Name fan theory.

In the beloved big screen adaptation of the LGBTQ novel, one of the most iconic and memorable scenes comes at the end of the film, where a heartbroken Elio (Timothee Chalamet) receives a moving speech about love from his father Samuel (Michael Stuhlbarg).

Samuel’s line, “I may have come close, but I never had what you two have,” and Elio’s follow up question, “Does mom know?” was interpreted by many fans to be a suggestion that Samuel himself is gay, and has remained in the closet.

But the original book’s author André Aciman has clarified in a new interview with GQ that he never intended Samuel to read as gay.

“Most people who have read the book have the same exact response,” he said.

“I could have had what you had, but I never had it. And the boy asks, ‘Does mom know?’ At which point, everybody who has read the book infers, ‘Does mom know that I’ve had a relationship with Oliver?’

“But because of the way the father speaks the scene in the film, when the boy asks, ‘Does mom know?’ it becomes automatically inferable that what he’s really meaning is, ‘Does mom know that you were attracted to men in the past?’

“This was not at all my intention when I wrote the book. The movie has basically validated that particular approach. And I have to say that I can see that this is equally a valid approach to the father’s speech.”

He continued: “The father may have been attracted to men or not, we don’t know from the book. From the movie, you have every right to infer that. But not in the book.

“So when he splits with his wife, he’s not splitting because he has homosexual tendencies, but simply because something must have gone wrong in their marriage. Maybe his wife left him. You don’t know.

“He’s a very vulnerable man. I think at that point in his life, he is resigned, and suddenly he has this upsurge of passion because someone just manages to stir him up.”

You can read our interview with André here.

André Aciman’s Call Me By Your Name sequel novel Find Me is out now.