Caitlyn Jenner finally admits to being wrong about Donald Trump 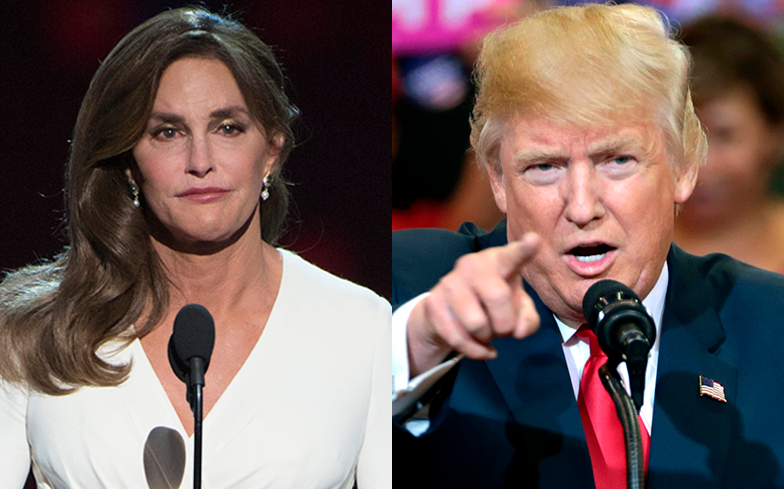 “I do not support Trump. I must learn from my mistakes and move forward.”

Caitlyn Jenner has finally admitted to being wrong about US President Donald Trump.

In an essay for The Washington Post, the television personality said she no longer supports the businessman because the past two years have given her the opportunity to reflect on a “lot of topics” that have came up in the LGBTQ community.

“I believed I could work within the party and the Trump administration to shift the minds of those who most needed shifting,” she said. “I made many trips to Washington to lobby and educate members of Congress, other Washington policymakers and powerful influencers.

“These meetings were generally positive and almost always led to encouraging conversations. Despite the criticism I received from segments of the LGBTQ community for engaging with this administration, I remained hopeful for positive change.”

Caitlyn continued: “Sadly, I was wrong. The reality is that the trans community is being relentlessly attacked by this president. The leader of our nation has shown no regard for an already marginalized and struggling community.

“He has ignored our humanity. He has insulted our dignity. He has made trans people into political pawns as he whips up animus against us in an attempt to energize the most right-wing segment of his party, claiming his anti-transgender policies are meant to “protect the country.” “This is politics at its worst. It is unacceptable, it is upsetting, and it has deeply, personally hurt me.”

She admitted that working with Trump and his administration to support the LGBTQ community was a mistake.

“My hope in him — in them — was misplaced, and I cannot support anyone who is working against our community,” she explained further. “I do not support Trump. I must learn from my mistakes and move forward.”

Caitlyn passionately vowed to bring “trans issues to the fore of our social and political conversation, domestically and abroad.

“I need to listen more to the members of the LGBTQ community and to learn more. I need to better use my voice, my privilege and my foundation to advocate and support our community.

“I must continue to educate political and corporate leaders about the issues of homelessness, job discrimination, violence, access to health care, prejudice in housing, depression, suicide and so many other issues that disproportionately affect our long-ignored community. I will still work with anyone who is committed to help our community.”