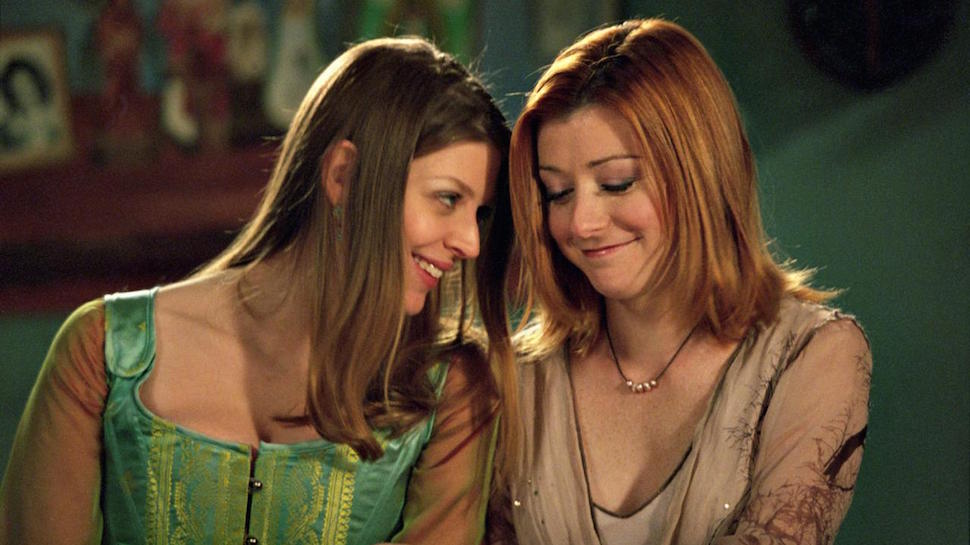 “In retrospect, of all the people, did she have to die?”

A producer for Buffy the Vampire Slayer has criticised the death of one of the show’s groundbreaking characters, Tara Maclay.

Tara – who was memorably played by Amber Benson – was introduced as a recurring character in the fourth season, and played a leading role until her controversial death.

The character’s relationship with Willow Rosenberg (Alyson Hannigan) was heralded as a milestone, and became one of the first major same-sex relationships on network television.

After her murder at the hands of Warren in the show’s sixth season, fans accused the show of homophobia.

Marti Noxon – who acted as writer and producer from seasons two and three – said there were “parts of season six” that “went too far”.

“We pushed into some categories that almost felt sadistic and that Buffy was volunteering for things that were beyond just ‘bad choices’ and were almost irresponsible for the character,” she explained.

“That may have to do with my own history! The personal, right? It’s personal. And I think that killing Tara was – in retrospect, of all the people, did she have to die?”

“It was a beautiful relationship, and it wasn’t gratuitous, it wasn’t about two girls making out, it was about two people who both happen to identify as female who fall in love,” said Benson.

“We’ve got a lot of letters. I think there were a lot of young people who felt very isolated, and to see two characters on a television show be accepted by a group of peers changed the game.”

Hannigan agreed, and said “there definitely hadn’t been a gay character that had been on a show from the beginning before Buffy”.

“You got to see the journey, so that, I think, was very groundbreaking, and I’ve never had anything but just such a positive reaction, she continued. “The fact that it was such a non-issue was so great, and that’s how it should be.”

The American Pie star added: “It’s just been such a profound thing for people who were going through the same thing, or just terrified of what they were going to have to go through.

“To see somebody that they had been watching for so many years to get to not feel so alone, it’s like it’s such a gift to be able to be part of that.”

Buffy, which aired for a groundbreaking seven seasons from 1997-2003, is often referred to as one of the best TV shows of all time, and its title character is also recognised as one of the most iconic female characters ever.

Related: Buffy the Vampire Slayer will return under one condition.