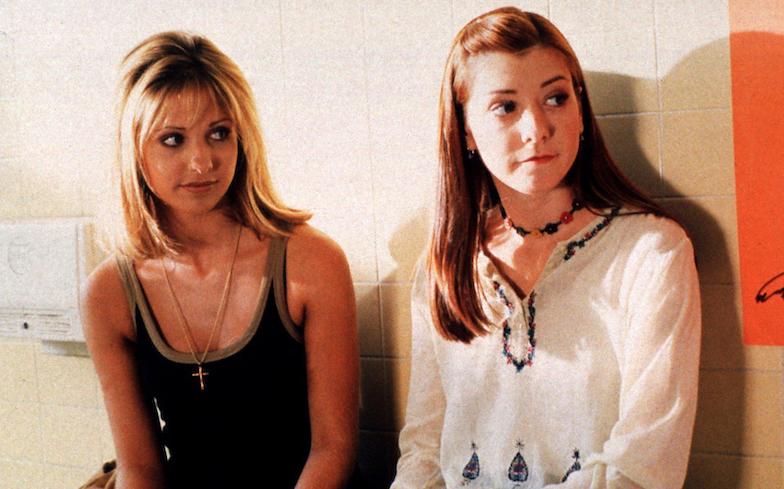 “Back then it was like, no… we’re not ready for that.”

Buffy the Vampire Slayer creator Joss Whedon says if the iconic show was made today, Willow would identify as bisexual.

As soon as her relationship with Tara commenced in season four, Willow identified as gay for the duration of the series – despite being involved in two serious heterosexual relationships for the first three seasons.

In a new interview with Metro, Whedon – who went on to direct two of the highest-grossing films of all time, The Avengers and its sequel Avengers: Age of Utron – said the world wasn’t “ready” for Willow to be bisexual.

“There are you things you can’t do, thanks to [the society at the time],” he explained.

“It [was] like, “OK, you can’t make Willow bi, you can’t say this is a phase, because that’s what people do to deny their existence. So, if I did it now, I’d be like yes she can be bi. Because some people are! But back then it was like, no we’re not ready for that.”

Although Willow’s bi-erasure has been controversial with fans, and rightly so, Buffy broke new ground for queer representation, with the seventh and final season featuring the first ever lesbian sex scene on primetime television.

Since Buffy concluded its run in 2003, representation for the bisexual community has made significant progress.

Last year, 128 characters across all platforms (broadcast, cable, streaming originals) identified as bisexual. However, the numbers still skew towards women; with 90 identifying as such as opposed to 36 men and two non-binary characters.

There is still a long way to go, as bisexual characters are still relegated to one-episode arcs or even killed, which Sarah Kate Ellis – GLAAD President and CEO – says is to “further the narrative of a more central (and often straight, cisgender) character.”

“When there are so few lesbian and bisexual women on television, the decision to kill these characters in droves sends a toxic message about the worth of queer female stories,” she said in response to a GLAAD report from 2016.

Related: The 9 queerest episodes of Buffy the Vampire Slayer.

Related: Buffy producer says the death of lesbian character Tara was “too far”.