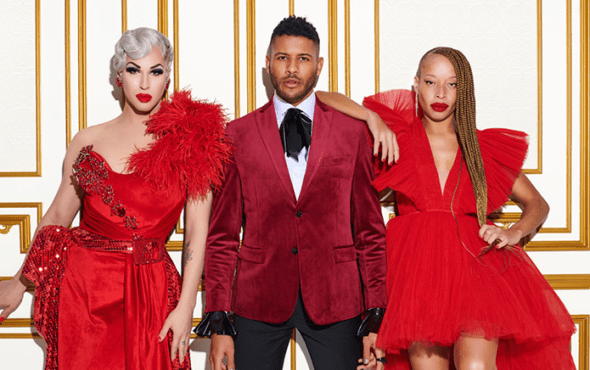 “She has a beautiful, beautiful body and it was not meant in that way at all.”

The Canadian spin-off was accused of “body-shaming” on last week’s episode after Brooke and Jeffrey Bowyer-Chapman expressed disappointment in the contestant for not using makeup on her “booty”.

“I think that your mug is painted so gorgeously. However, when I see that booty and the little turnaround, a little full coverage foundation may have helped you out,” said Jeffrey, before Brooke remarked during deliberations: “She definitely should’ve put some makeup on that ass.”

The comments caused an uproar on social media, with one fan tweeting World of Wonder: “Idk if I wanna continue to subscribe if we have judges like the ones from Canada’s #dragrace. We want respectable people who provide constructive feedback not a bunch of body shaming nobodies.”

Another wrote: “I can’t believe what Jeffrey Bowyer-Chapman said to Ilona on Drag Race this week. It just read as really cruel and humiliating.”

Brooke addressed the backlash in a video on Twitter, assuring fans that it “was not meant as body-shaming whatsoever.”

“It was just, from where we were sitting on the judge’s panel, we could see red bumps and stuff that come from shaving, that we all get,” she said.

“I know I get them constantly on my chest, on my face, on my legs and that’s why whenever I feature a part of my skin that’s bare on stage or the runway, I always make sure it’s covered up by foundation so it looks extra extra flawless. Especially when you’re featuring your bum so prominently in an outfit in the way Ilona was, that’s where that critique was coming from.

“We have no problem with the size or shape of Ilona’s bum, she has a beautiful, beautiful body and it was not meant in that way at all. You also can’t cover up cellulite with foundation, so yeah. I’m sorry for the misunderstanding and I understand that you probably couldn’t see that on your TV, but that’s where our critique was coming from.”

In a separate tweet, Ilona said she “really didn’t care about the comments” made by Brooke and Jeffrey and re-iterated to fans that “they are people with feelings too.”

“I’m desensitized to comments like that at this point because I already HATE everything about my body so it’s not new to me,” she continued.

to be completely honest I really didn’t care about the comments made by @Bhytes1 & @JeffreyBChapman on last nights episode & while you the fans are going to have your opinions please know like me they are people with feelings too!