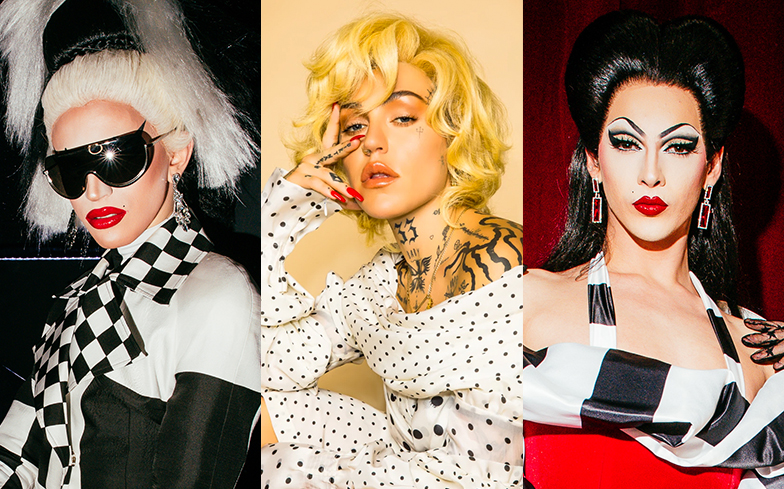 Brooke Candy has teamed up with Drag Race royalty on a fierce new track.

The pansexual rapper, singer and songwriter finally dropped her long-awaited debut album Sexorcism this week, and it features some incredible collaborations including Iggy Azalea, Charli XCX, Rico Nasty and even Erika Jayne.

But the standout for us is a queer sex anthem with RuPaul’s Drag Race stars Aquaria and Violet Chachki called Rim (and yes, it’s about exactly what you think it’s about).

“I know you want it, are you scared? It feels good, let me eat it,” Brooke lusts at the beginning of the track, before Violet and Aquaria ask, “Why is it so bad to feel so good?” and “Isn’t it delicious?” It’s sheer camp and we love it.

Listen to Rim here or below.

Last year, Brooke made her directorial debut with I Love You, a queer pornographic film which boasts the honour of being the first adult movie to feature full-length gay, lesbian, and trans scenes all under one title.

“Women are delicate, beautiful heavenly bodied creatures that deserve to be praised and cherished and worshiped,” she told us. “But popular culture has chosen to portray them as weakened sex objects or the secondary entity to a man. Fuck that.