Brooke Candy interview: “I’m on this planet to challenge stigmas and conventional beliefs” 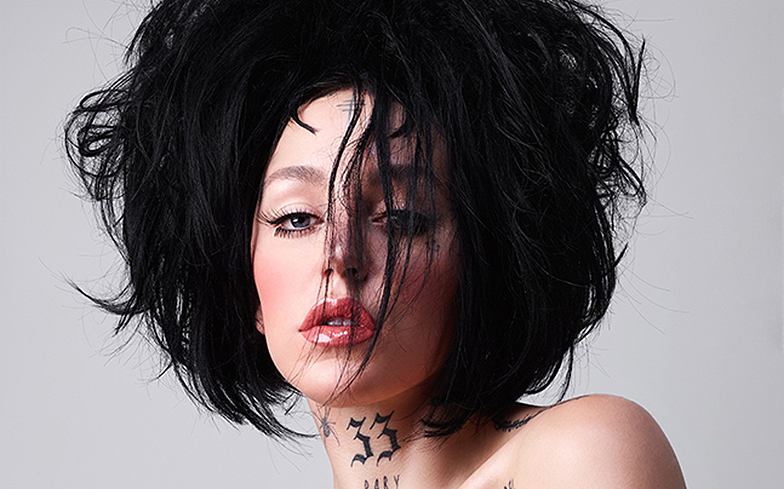 Brooke Candy on her directorial debut, I Love You, a queer and inclusive pornographic film.

American rapper, singer and songwriter Brooke Candy first exploded onto the scene four years ago with the release of her critically-acclaimed club-rap track, Opulence, which was co-written by Sia and produced by Diplo. The inclusive music video featured transgender women, drag queens, and gay men, all of whom were friends of Candy.

Shortly after, her debut EP of the same name was released to widespread acclaim, and ever since, Candy – who identifies as pansexual – has amassed a huge following within the LGBTQ community. “Maybe they’re drawn to me because I’m a freak and make the art I want to make, and live in a way that gives them some semblance of strength?” she tell us. Why is it important to show diversity in adult movies?
Because the planet is a fucking diverse place, and every community deserves to be represented with love and respect and consideration. We’re living in a very scary moment in time, and the only way to combat that is to build each other up by showcasing all communities, especially disenfranchised communities in a considerate, caring, and beautiful way. We all deserve to be here. We all deserve to witness beauty. We all deserve to feel pleasure. We all deserve a chance at experiencing bliss within whatever this “life” thing is. How has life changed since becoming an independent artist?
It’s become bliss because I can finally be my true self and do what I want without worrying about whether or not a mass amount of people will want to consume it. I’d rather live on the outskirts of society as an independent artist making the art I believe, than be some cog in a machine built to dumb people down and keep them docile. That’s not my gig. I’m here to create and uplift from a place of honesty.

You’ve amassed a huge LGBTQ following since your debut. Why do you think the community is so drawn to you?
Maybe they’re drawn to me because I’m a freak and make the art I want to make, and live in a way that gives them some semblance of strength? I’m not really sure to be honest with you but I do know I’m super grateful they are!

Can fans expect a full length album in the future?
I’m not sure… I just released a song with Mykki Blanco and Pussy Riot that I’m really proud of. I’m just trying to take it one day at a time and focus on whatever project is in front of me. Maybe one day I’ll be inspired and have the resources to sit down and create a full length album. I’d be down if I could find a cohesive and suitable sound, and a team of people I admired enough to sit down with me and work on it! Who knows? For now I’m just excited to release this porn!