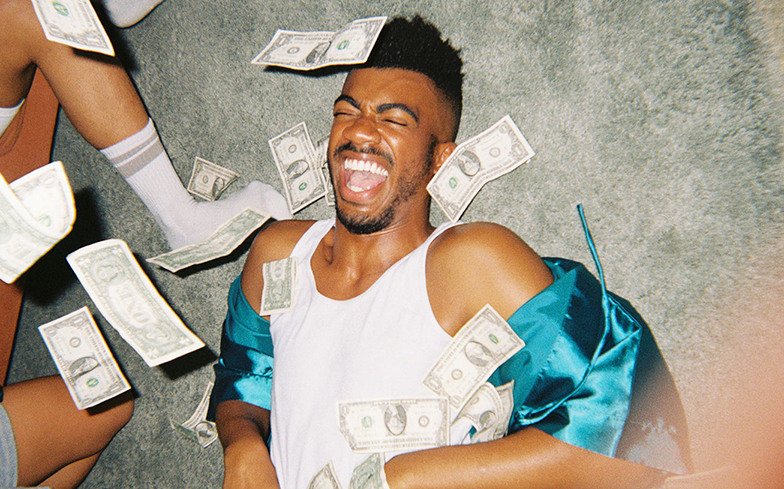 Bronze Avery has released the video for his incredible new dance-pop banger Spilling Out, and it’s a massive gay slumber party.

The Orlando-based singer-songwriter enlisted the help of his queer friends Xavier, Abe, Baby, Van, Elliott and Manú to dance, strut, twerk, spin the bottle, paint each other’s nails and frolick around the pool. More of this content please!

“I had the concept of an all-boys sleepover music video for years, but I really wanted everything in the video to feel extremely authentic,” he told Billboard of the video’s inspiration.

“I invited some close friends over and told them I would be filming them, bought some tequila and the rest was history.”

Spilling Out is the second single from Bronze’s two-track EP Split, which also includes the song Anybody Else.

When we spoke to Bronze last year, he told us that there are no immediate plans for a full-length album, and is instead opting to release “single to single” because it’s less pressure – especially in the age of streaming.

“With a project, I probably wanna get a label behind it so I can have more funding,” he explained. “I’m really enjoying doing single to single because I can hear what the fans say about each song.

“That’s something I’ve always admired about Charli XCX and her music, because she does things so quickly, and really converses with her audience. I like being able to talk to people about my art and get different perspectives on it.”

He also told us how the tragic events of Orlando helped shape him as a queer musician.

“I had a lot of special memories with my friends there, so it was extremely difficult,” he opened up. “This happened before I was even Bronze Avery, which was another motivation. Life is too short to not be out within my music.

Read our full interview with Bronze here, and watch his incredible video for Spilling Out below.