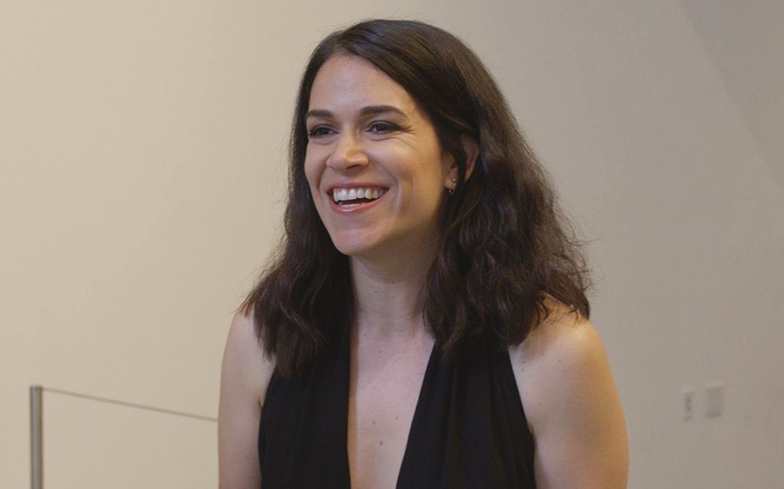 In the latest episode of the critically-acclaimed comedy, Ilana celebrates her one year anniversary with Lincoln while Abbi runs into an old friend from college, who invites her to an “artsy fartsy” MoMA party.

Because it’s Abbi, she finds herself in a precarious situation. She ends up catering the party while posing as guest, and later meets her idol, face-plants the ground and is submitted to hospital.

There, she meets a charismatic doctor called Leslie Marnel (played by Veep star Clea DuVall) and the pair end up hitting it off, which leads to Abbi asking her out on a date. And yes, Ilana is heartbroken about the whole situation.

When asked in a recent interview about the same-sex romance, Abbi Jacobson said she wanted her character to explore her sexuality because she also identifies as bisexual.

Ilana Glazer added: “She knows how to ask somebody out, and she wants to. It’s fun to see that. For the whole show, we’ve been figuring out how much different we are than our characters.

The fifth and final season of Broad City airs on Comedy Central. You can watch it in the UK on NOW TV. Watch the trailer below.