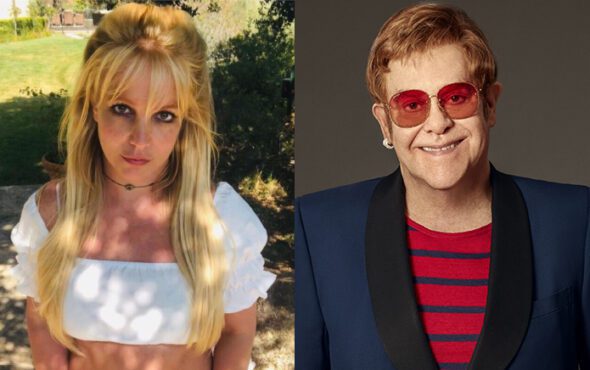 According to reports, Britney Spears is making her long-awaited return to the music industry with an Elton John duet.

As per Page Six and TMZ, the pop icon is recording a brand new version of John’s classic soft-rock track Tiny Dancer, which is allegedly set to be released by Universal Music next month.

A “music industry insider” told Page Six that it was John’s idea and the two stars met in Beverley Hills last week for the “super-secret recording session”.

The anonymous source continued: “They’ve already played it for people at their record label, and everybody is freaking out. It is so good. They are saying this is going to be the song of the summer.”

Last year, John saw huge chart success with a revised version of one of his past hits with the Dua Lipa collaboration Cold Heart (Pnau Remix).

The disco-pop anthem mashed up his singles Rocket Man, Sacrifice, Kiss the Bride and Where’s the Shoorah? from his 1976 album Blue Moves, becoming his eighth UK chart-topper – and first in 16 years – in the process.

Tiny Dancer would mark Spears’ first foray into music since her widely-publicised conservatorship was terminated in November 2021.

A source told PEOPLE that the singer is “talking a lot about her career” because she “loves creating music and wants to give her fans a new album. It seems like she is focusing on one thing at a time.”

Spears last released a full-length studio album in 2016 with Glory, which was met with overwhelmingly positive reviews from fans and critics.

The album featured singles such as Make Me and the Tinashe-assisted Slumber Party, as well as fan-favourite tracks Clumsy, Do You Wanna Come Over? and Private Show.