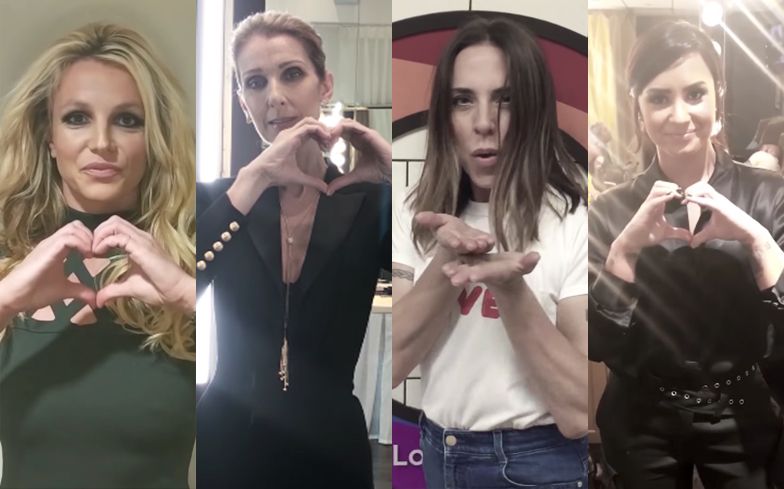 Anti-LGBT violence is currently on the rise in Brazil.

Despite hosting one of the world’s largest Pride festivals in Sao Paulo, and offering a number of legal rights like same-sex marriage, the country is often named the most dangerous places to be LGBT+.

Last year, it was reported that 1,600 people had been killed in anti-LGBT attacks in just four and a half years, meaning that, on average, one LGBT+ person is killed in a hate-motivated crime each day in Brazil.

To help raise awareness of the growing issue, Brazilian singer Yann has enlisted the help of a number of A-list celebrities including Celine Dion, Britney Spears, Demi Lovato, Boy George and more for his new music video.

The track itself, called Igual, is a charity single and will act as the theme song for Rio Pride this year.

“Unfortunately, most of the world isn’t aware that Brazil is an incredibly dangerous place for the LGBTI+ community,” Yann told MuuMuuse.

“It was important for me to help shine a stronger light on what’s happening here, because Brazil’s actually the country with the highest LGBTI+ murder rate in the world. Yet all of this is disguised under our dichotomous liberal lifestyle.”

Other celebrities who appear in the video include Lorde, Chelsea Handler, Diplo, Dita Von Teese, Jason Mraz, Mel C, The Chainsmokers, Nico Tortorella, and many more.

All proceeds from sales and streams of the single will go towards Grupo Arco-Íris, a charity helping Brazil’s LGBT+ community.